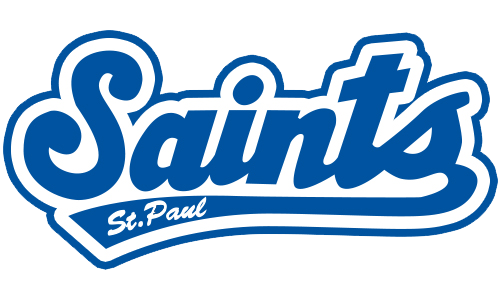 The Saints beat the Stockade in the first game of their doubleheader on Sunday, picking up their third straight win in the process. With a slim 2-1 lead in the fourth inning, the Saints picked up two big runs that gave them a 4-1 lead. With the bases loaded, 3B Nate Hanson hit a two-run single to give the Saints a convincing lead. Then, the Saints added two more insurance runs in the sixth, on back-to-back RBI singles by pinch-hitter LF Breland Almadova and Hanson. The Stockade got two runs back in the seventh inning, but RHP Seth Rosin came in and shut the door, getting the last two outs and picking up the save for the Saints. RHP John Straka earned his second win of the season, going 6.1 innings, and allowing three runs while striking out three.

The Saints edged the Stockade in the second game of their doubleheader, earning the four-game sweep and putting their record to 11-6 on the season. The game was tied at two heading into the bottom of the sixth when 2B Tony Thomas walked up to the plate. Thomas, the leadoff man in the inning, blasted a solo shot to give the Saints a 3-2 lead, which they would not relinquish. 3B Nate Hanson picked up another RBI in the win, his fourth of the day and his 16th of the young season. The Saints used three different pitchers in the seven-inning affair, with LHP Caleb Thielbar eventually earning the victory. Thomas was 2-3 in the win, with a run scored and a RBI.

The RedHawks took the final game in the series on Sunday, topping the Wingnuts in extras on a RBI double courtesy of DH Charlie Valerio. The win kept the RedHawks tied for the best record in the league with Winnipeg at 12-5. The Wingnuts held a 6-4 lead in the bottom of the ninth, but the Redhawks started a rally, scoring two runs on a double by CF Kes Carter. Then, Valerio was the hero in extras, hitting the double to walk-off with a win. RF K.D. Kang hit his second long shot of the season in the win. RHP Casey Weathers picked up his first win of the season in relief, pitching the final two frames and allowing no runs in the process. C Zac Fisher hit his first home run of the season in the loss.

The Saltdogs took a 1-0 lead in the first on a solo home run by CF Randolph Oduber. The Saltdogs held a narrow 2-1 lead in the sixth inning when the Goldeyes exploded for four runs in the bottom of the inning, taking a 5-2 lead they would not relinquish. The highlight of the inning came on an error off the bat of LF Josh Romanski that allowed two runs to score, giving the Goldeyes a 5-2 lead. Romanski picked up a RBI on the play, his 19th of the season. The Saltdogs still were down three runs in the ninth when RHP Ryan Chaffee entered the game. Chaffee pitched a perfect ninth, picking up his seventh save of the season. LHP Kevin McGovern earned the win, going seven strong innings, allowing two runs on four hits and striking out eight.