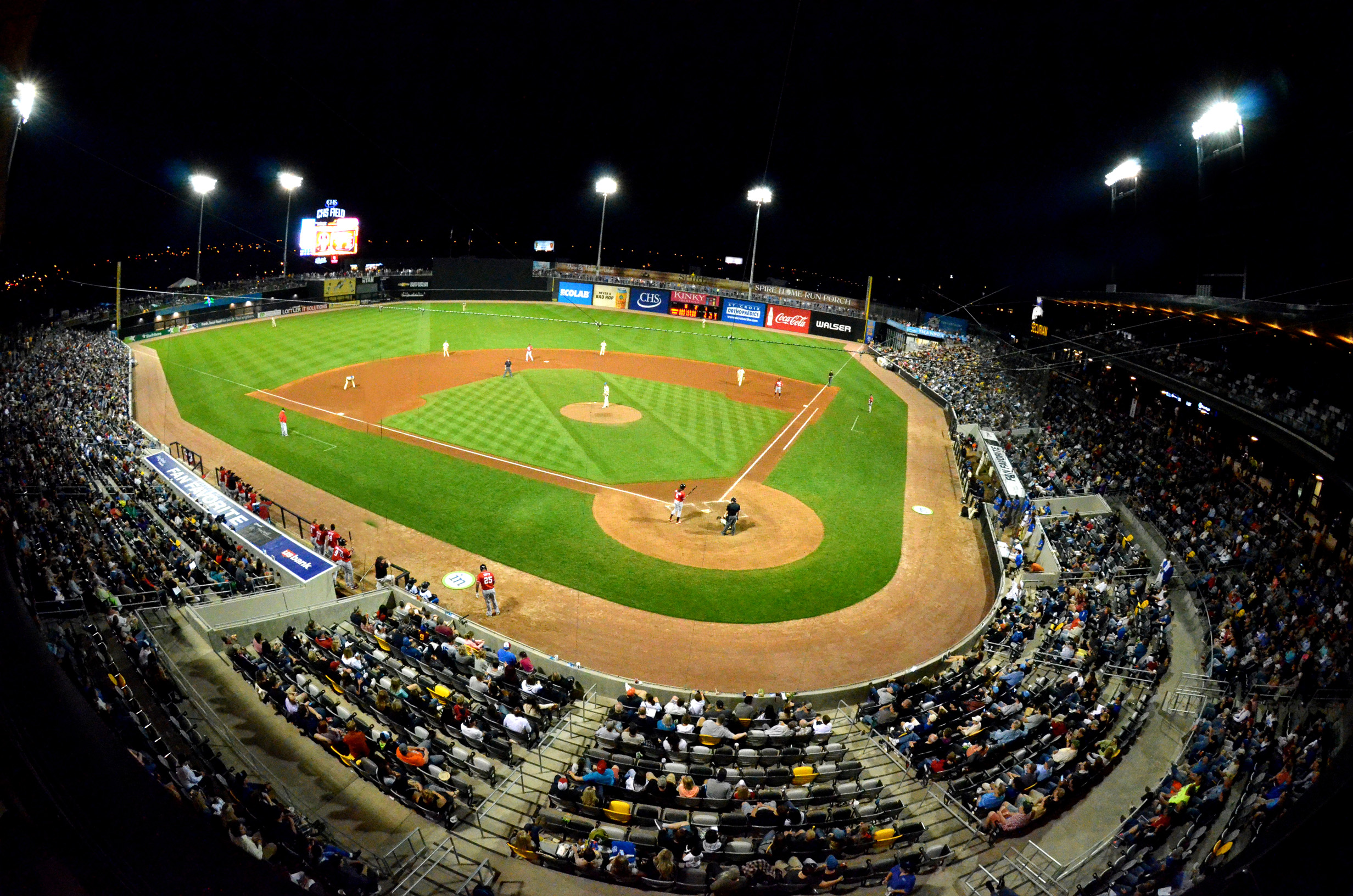 (Via St. Paul Saints) ST. PAUL, MN (September 13, 2019) – It was a project two years in the making and one of the largest undertakings since the St. Paul Saints moved into CHS Field in 2015.  The goal was to bring the history of the St. Paul Saints, and baseball in the city of Saint Paul, to life in a unique with a one of a kind free museum.  It opened in May and more than 30,000 people have streamed through in the first few months.  For all its beauty and history the City of Baseball Museum has been honored by Ballpark Digest as the Top Ballpark Improvement ($1 million or more) in all of baseball.

The history of the Saints dates back to the late 1800s and the stories inside the museum include names like Charles Comiskey, Babe Ruth, Miller Huggins, Roy Campanella, Toni Stone, Kevin Millar and Darryl Strawberry.  In Dave Winfield, Paul Molitor and Jack Morris St. Paul boasts three native sons already enshrined in Baseball’s Hall of Fame in Cooperstown.  Many would argue a fourth is on the way with Joe Mauer’s recent retirement.  While St. Paul’s baseball story extends well beyond the St. Paul Saints, the various versions of this storied franchise are the tie that binds.  From Comiskey’s teams of the late 1890s, to the Brooklyn Dodgers affiliates of the 1940s and 50s, to the Saints of 1993 (the team that brought baseball back to the capital city after a 32-year hiatus), the franchise has played a significant role in establishing Saint Paul as the City of Baseball.

“You don’t see many museums at ballparks: on their own, they don’t generate much in the way of revenue,” said Ballpark Digest publisher Kevin Reichard. “The St. Paul Saints ownership stepped up with a unique ballpark addition that combined a state-of-the-art museum space with a second-level group space, enhancing what had already been a top-notch fan experience at CHS Field.”

The vision of team owner Marv Goldklang to have an in-stadium tribute to the national pastime in, and about, St. Paul was finally realized in April 2019, largely through the efforts of his son, Mike Goldklang, and with design from Snow Kreilich and Split Rock Studios. Built around an impressive collection developed over the years from Taylor Simons, The City of Baseball Museum was expertly curated by Dave Kaplan (founding director of the Yogi Berra Museum in Montclair, NJ), with consultation from Frank White and Stew Thornley, and additional artwork from noted baseball artist Graig Kreindler.

“The City of Baseball Museum represents the collective efforts of many people within the Saints organization, from Derek Sharrer and our entire front office staff, to John Wenzel our 70-year-old game-day employee who served as nightly museum docent,” said Mike Goldklang. “Each helped to engage our fans and demonstrate how this team, with origins dating to the 19th century, historically has intersected with the social, cultural and economic evolution of the City of St. Paul. With our new rooftop seating on the Spire Sun Deck atop The City of Baseball Museum, we strive to connect that history with the present-day St. Paul Saints.”

The City of Baseball Museum offers a trip through time that features five distinct eras of baseball in St. Paul with a focus on the rich history of its storied hometown team:

St. Paul Sandlot: The St. Paul Sandlot tells the story of a simpler time from the late 1800s to the early 1900s, both on the baseball diamond and in the city of Saint Paul.  In this space, patrons experience the sights and sounds of the time.  They will learn about the growth of Saint Paul, and with the cities growth, the growth of Saint Paul Baseball.  Including highlights of the Saint Paul Olympic Club and their diamond on Ninth & Olive, the St. Paul Red Caps, the St. Paul Blue Caps, and others.  They will be introduced to young baseball man by the name of Comiskey who will shape the future of baseball both, in St. Paul and beyond.

On The Map: The On the Map feature is central to the City of Baseball Museum experience and helps tie all of the stories presented throughout the museum together.  It provides a visual representation of how those stories shaped the history of St. Paul baseball.  This map of St. Paul, set to true north, highlights the locations of all of Saint Paul’s ballparks, the childhood homes of Saint Paul legends, including Joe Mauer, David Winfield, Jack Morris, Toni Stone, Charles Schultz, F. Scott Fitzgerald and many more, while calling out other locations and landmarks that played a role in St. Paul’s rich baseball history.

River Rivals: The River Rivals space represents the era during which the Twin Cities of Minneapolis and St. Paul took their sibling rivalry to the ballfield.  The history of the Streetcar Series, the rivalry between the St. Paul Saints and the Minneapolis Millers, includes stories of Hall of Fame caliber players, crosstown double-headers, and mythical games.  With names like Williams, Mays and Yastrzemski having played on the west side of the river and Durocher, Campanella, and Snider having played on the east, it was Minnie and Paul who ultimately brought the two cities together.  Yet the friendly rivalry continues.

Heavy Hitters: The Heavy Hitters “era” focuses on the Saints of the 20s, 30s, 40s, and 50s.  This feature tells the story of the Saints unique connection to the Murderers Row and the Boys of Summer.  It highlights greats that played against the Saints, for the Saints, and coached the Saints, during this golden age of baseball.  This era is anchored by a feature honoring the many players who wore the Saints uniform that went on to be enshrined in the Hall Of Fame.

Comeback Kids: The Comeback Kids section of the museum focuses on the modern-day Saints.  It tells the story of a partnership of visionaries that led professional baseball back to Saint Paul after 32 long years without a team to call its own, and that of a franchise built on second chances and dreams realized, from Millar to Morris, Strawberry to Drew, Ordonez to Borders.  The Comeback Kids era also highlights the team’s unique connections to pop culture and the fun that has been had both on and off the field since the “new” Saints came back in 1993.

Those interested in visiting the free museum during the off-season can email museum@saintsbaseball.com.

The year-end Ballpark Digest awards annually honor the best of the baseball industry, covering MLB, MiLB, independent-baseball, and summer-collegiate programs in a wide range of categories. It culminates in an awards reception at December’s Baseball Winter Meetings.