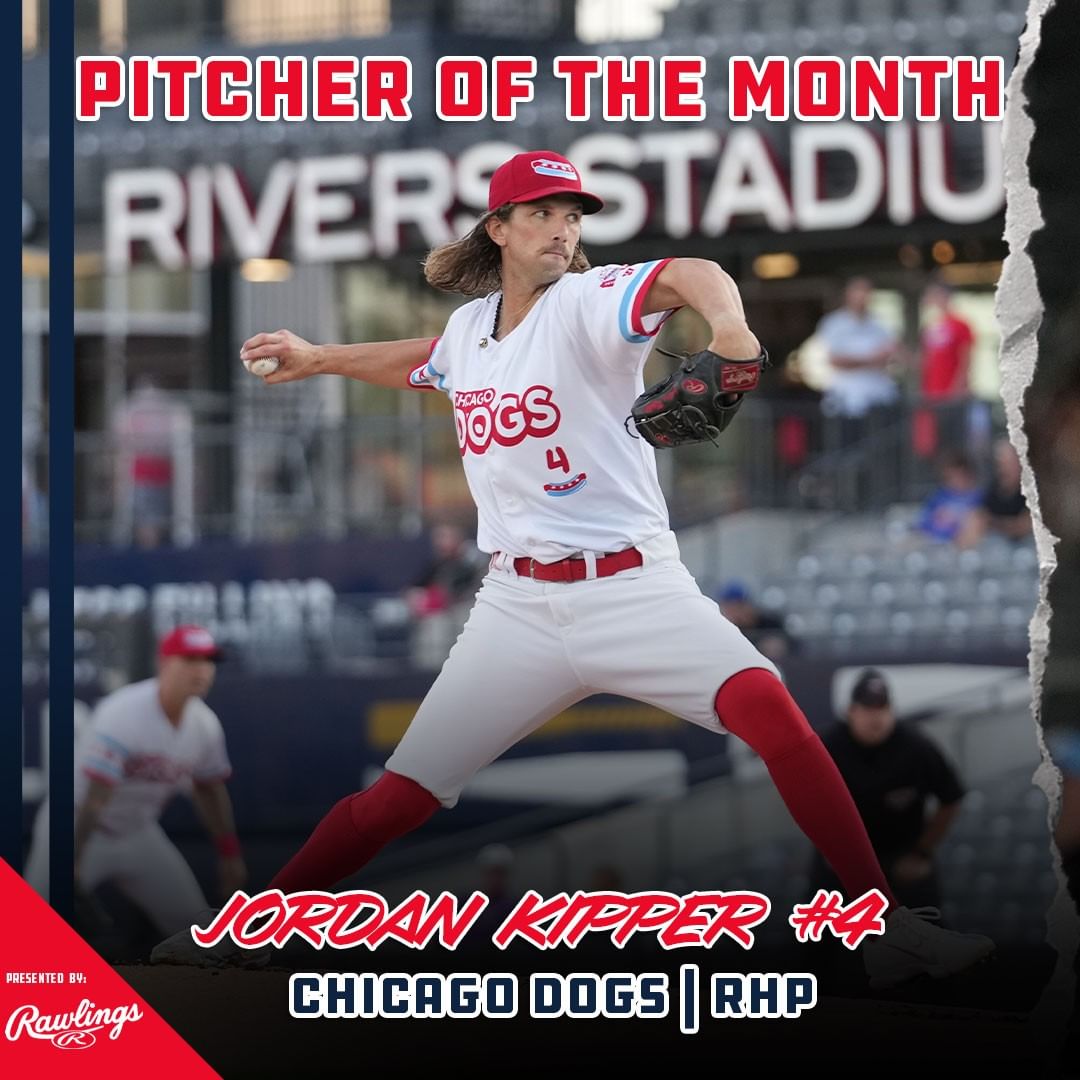 MOORHEAD, MN – Cleburne Railroaders slugger DJ Peterson and Chicago Dogs starter Jordan Kipper have been named the Rawlings Batter and Pitcher of the Month for the American Association, the league announced Wednesday.

Peterson put together one of the best statistical months in American Association history in August. In 25 games, the 29-year-old infielder posted a .402/.481/.848 slash line, good for an eye-popping 1.329 OPS. He hit 11 home runs and drove in 30, with eight of his home runs coming in his final seven games of the month. That included a three-homer performance on August 25 against Sioux Falls, the first in Railroaders history. He homered in each of his last five games of August.

An Arizona native, Peterson joined the Railroaders on August 4, acquired in a trade with the Atlantic League’s Lexington Legends. A first-round draft pick by the Seattle Mariners in 2013 out of New Mexico, he’d go on to spend time in the White Sox and Reds systems. He has 329 games of Triple-A baseball on his resume, with a .253/.310/.423 slash line in those games.

Kipper was no slouch in August either, anchoring a Dogs rotation that’s emerged as one of the best in the Association. The 28-year-old recorded a minuscule 1.25 ERA and 0.86 WHIP in six August starts, striking out 42 against just three walks in 36 innings of work. He finished the month with perhaps his best outing yet on August 31 at Winnipeg. The right-hander tossed seven shutout innings with just two hits and no walks, striking out four.

Originally from Phoenix, Arizona, 2021 is Kipper’s first year in the American Association. A ninth-round draft pick by the Los Angeles Angels out of Texas Christian in 2014, he spent six years in the minors with the Angels and Baltimore Orioles organizations, reaching as high as Triple-A in 2017. He spent 2020 in the Constellation Energy League, based out of Sugar Land, Texas.