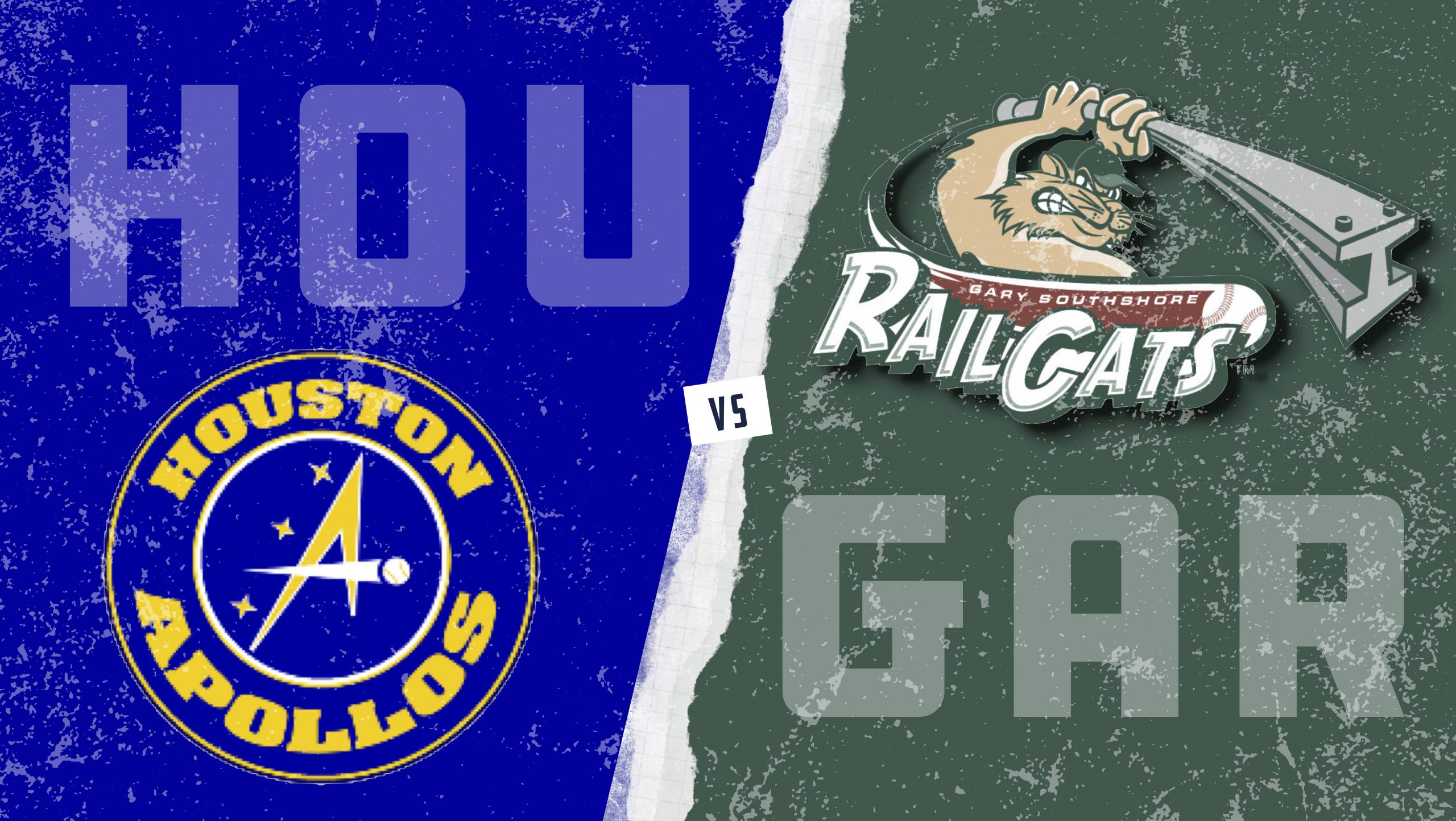 Jesus Marriaga singled home Zach Welz in the last of the thirteenth inning as the Railcats (2-3) beat the Apollos (1-4) by a score of 4-3 Saturday afternoon at The U.S. Steel Yard.  In a baseball rarity, righty Adam Heidenfelder earned the win without officially recording an out, as Hudson Bilodeau was caught stealing to end the top of the thirteenth.  Bilodeau and Alvaro Gonzalez homered for the Apollos in the loss.  Both starting pitchers, Tucker Smith for Houston and Trevor Lubking for Gary SouthShore went six innings.

A seventh inning wild pitch scored Aaron Hill and the Milkmen (4-1) came back from a 4-2 deficit to beat the Explorers (3-2) by a 7-6 count Saturday night at Mercy Field.  David Washington drove home a run and later scored the tying run in the sixth before the go-ahead rally an inning later.  Jared Walker’s two-run homer in the eighth brought Sioux City back to within one, but closer Karch Kowalczyk closed the door on any further rally.  Christian Correa also homered for Milwaukee in the win.

The Cougars (3-2) fought back from an early deficit, then erupted for six ninth-inning runs to break a 5-5 tie highlighted by back-to-back home runs off Caleb Frare, a three-run home run by Mark Karaviotis (his second of the game) followed by a solo shot by Cody Young, in beating the Canaries (2-3) 11-7 Saturday night at Sioux Falls Stadium.  The big inning made a winner out of reliever Mark Seyler.  Trey Michalczewski went 2-for-4 with three runs knocked in for the Canaries.

After six innings of great KC pitching, the RedHawks (3-2) scored eight runs in the final three innings to come back and defeat the Monarchs (1-3) by an 8-4 margin on Saturday night at Legends Field.  Kansas City got second inning homers from Casey Gillaspie and Colin Willis, but in the seventh, Alex Boxwell and Sam Dexter singled home runs before Jordan George broke the tie with a two-run double, making Bret Helton (6 IP, 2 H, 2 ER) the winner.  John Siviano added a home run in the ninth for Fargo-Moorhead.  Dylan Baker went four scoreless innings for the Monarchs.

The Railroaders (3-2) turned around an early hole and scored two runs in the bottom of the eighth to defeat the Saltdogs (2-2) by a score of 5-3 on Saturday night at The Depot at Cleburne Stadium.  Edgar Corcino homered early for Lincoln.  Grant Buck had two doubles and drove home all five runs in the win for Cleburne, whose bullpen threw five innings of one-hit, shutout baseball.

The Goldeyes (2-3) built a 5-0 lead after three innings on the back of a Max Murphy groundout and a three-run Kyle Martin homer, but the Dogs (3-2) used eight runs after the sixth to come back for a 9-5 win in eleven innings on Saturday night at The Ballpark at Jackson.  After tying the game on a Harrison Smith single and Michael Crouse fielder’s choice in the ninth, Chicago got four runs in the eleventh, including the go-ahead run on a wild pitch, to complete the comeback.