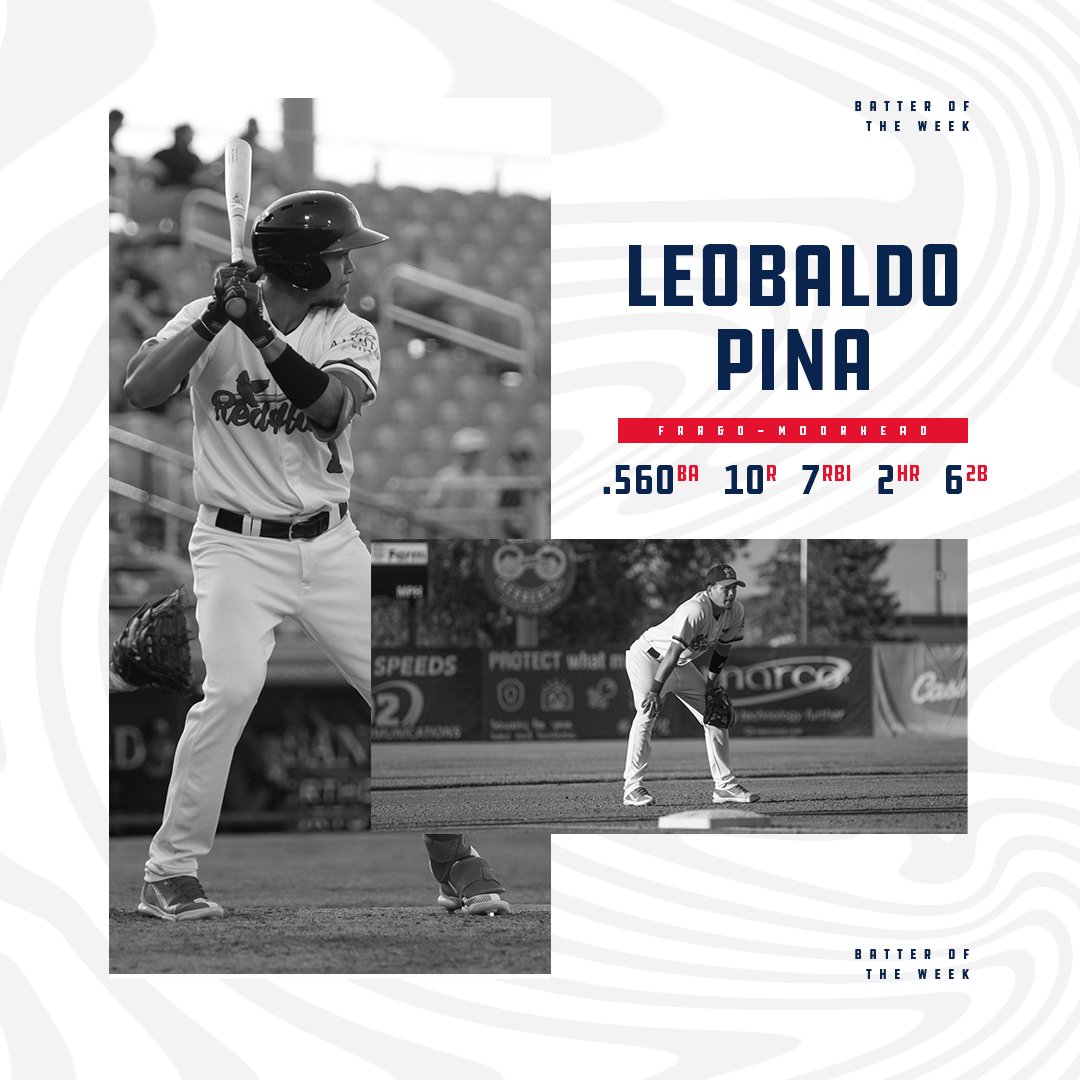 MOORHEAD, Minn. — Fargo-Moorhead RedHawks infielder Leo Piña and Sioux Falls Canaries left-hander Ty Culbreth were named the American Association’s Pointsreak Batter and Pitcher of the week for the week ending June 26, the league announced Monday.
This is the second straight week that Piña has earned Batter of the Week honors. After hitting .519 over the week ending June 19, Piña outdid himself this week, hitting .560 with two home runs and seven runs batted in. That included a 3-for-4 performance in Sunday’s win over Lake Country where he hit his sixth home run of the season. Piña is the first American Association player to receive a weekly honor two weeks in a row since June of 2019 and the first person named Batter of the Week for a second straight week since August of 2008.
Piña is one of the longest-tenured players in the Association, having played with the RedHawks since 2018. The native of Venezuela has hit .300 or better in all but one season with Fargo-Moorhead. In 2021, the former Cardinals prospect hit a career-high 15 home runs and drove in 65 while hitting .311. He owns a .316 career batting average in 397 games in a RedHawks uniform (regular season and playoffs).
Culbreth put together perhaps the best outing of his American Association career on June 23 vs. Lincoln, his lone start of the week. The left-hander threw eight scoreless innings, allowing just three hits without walking a batter and striking out five. It matched his longest career outing in the Association.
Culbreth has pitched for the Canaries since the start of the 2020 season, playing a key role on a team that played in that year’s American Association Finals. A former Texas Longhorn, Culbreth was drafted in the eighth round by the Colorado Rockies in 2016, making it as high as Double-A in their system. His 2022 season ERA sits at 4.71.
Pointstreak is the official statistician of the American Association.
0Shares