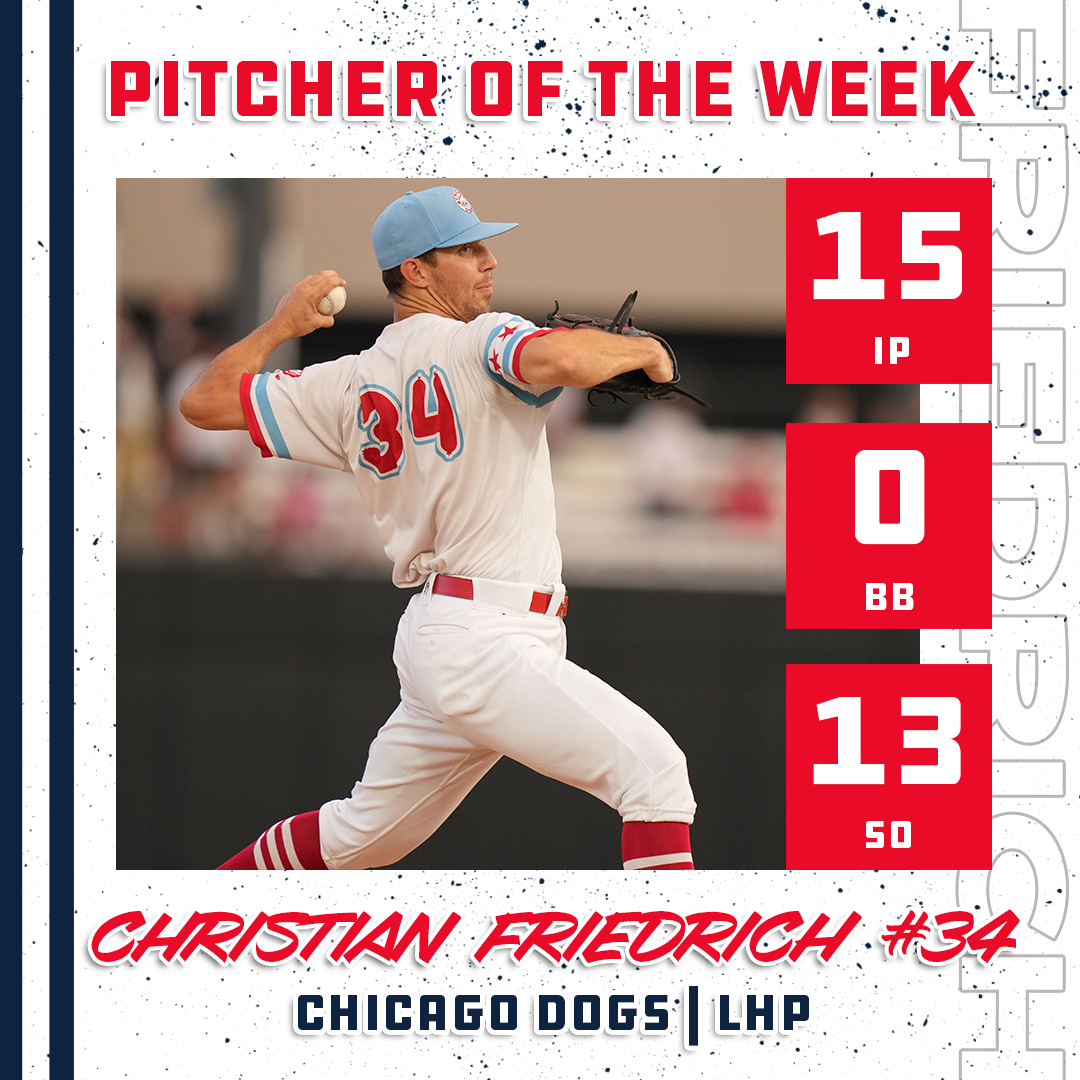 Peterson had a monster week at the plate for the Railroaders. In five games, the 29-year-old hit .650 with six home runs and 13 RBIs. He turned in his best performance of the season on August 25 against Sioux Falls, hitting three home runs and driving in five. It was the first three-homer game in Railroaders franchise history.

An Arizona native, Peterson joined the Railroaders on August 4, acquired in a trade with the Atlantic League’s Lexington Legends. He sports a .412 batting average and nine home runs in 23 games with Cleburne. The former Mariners, White Sox and Reds farmhand has 329 games of Triple-A baseball on his resume, with a .253/.310/.423 slash line in those games.

Friedrich impressed in a two-start week last week. On Monday, August 23 vs Lincoln, the former major leaguer held the Saltdogs to four runs on seven hits in seven innings of work, walking none and striking out eight. His best performance of the week came Sunday, August 28 vs. Fargo-Moorhead, where he threw eight shutout innings, allowing six hits and no walks while striking out five.

A first-round draft pick by the Colorado Rockies in 2008, Friedrich made his big-league debut in 2012, making 12 starts for the Rockies. He has 124 career big-league appearances, 42 of them starts, with the Rockies and San Diego Padres in his career. This is his first season in the American Association.