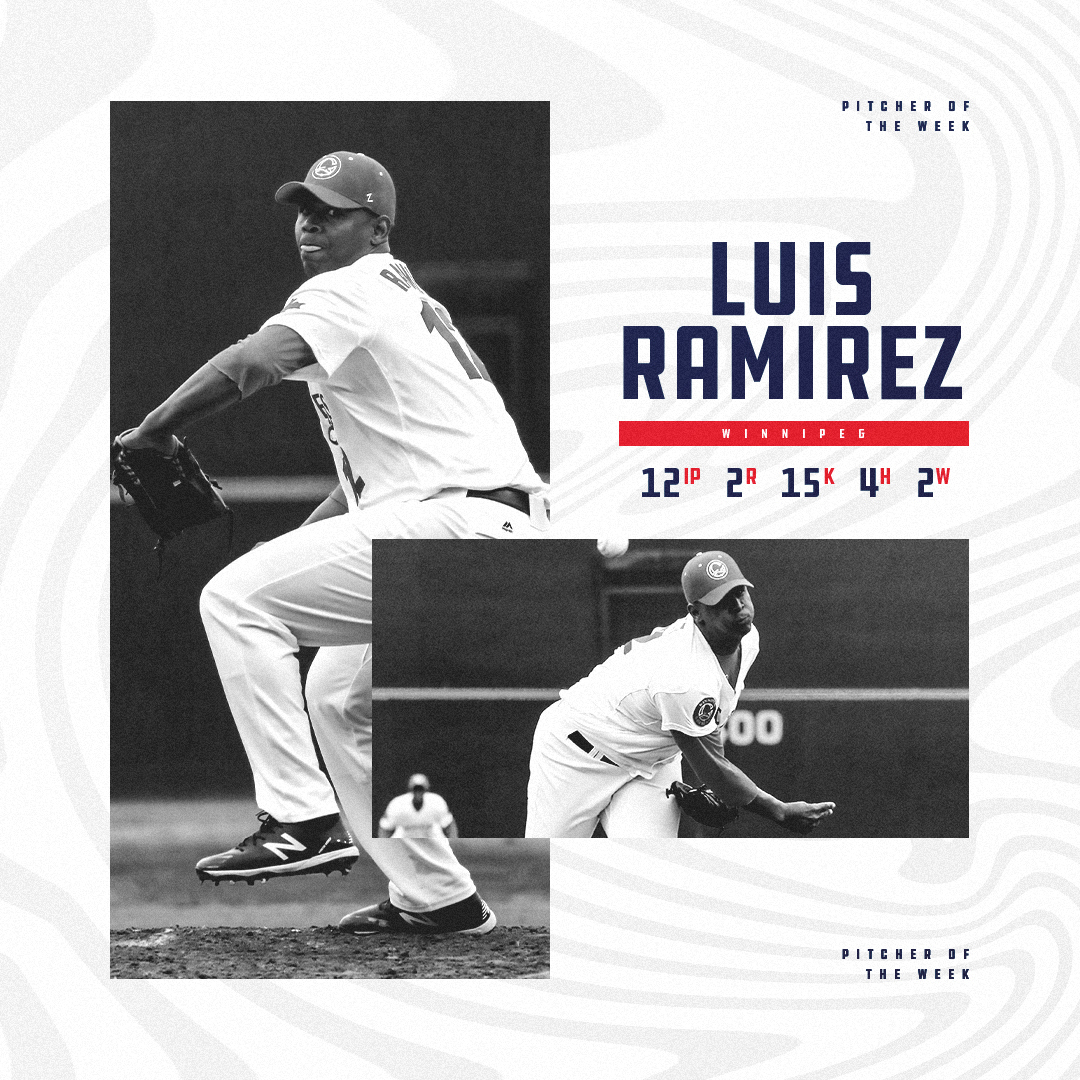 MOORHEAD, Minn. — Milwaukee Milkmen catcher Dylan Kelly and Winnipeg Goldeyes starter Luis Ramirez have been named the American Association’s Pointstreak Batter and Pitcher of the Week for the week ending June 5, the league announced Monday.
Kelly posted an impressive .640 batting average over the week, easily the best in the Association. He knocked two doubles and drove in two runs over the stretch. On June 3, he delivered a 5-for-5 performance in the Milkmen’s win over Fargo-Moorhead. His season-long batting average now stands at an Association-best .406.
Kelly is an American Association veteran. 2022 is his sixth year in the league. He joined the Frontier League’s Normal CornBelters out of the University of Missouri in 2014, playing parts of three seasons in Normal. He had his contract transferred to the Arizona Diamondbacks in 2015, playing six games for Arizona’s rookie league affiliate. He suited up for Sioux City from 2017 to 2019 before joining the Fargo-Moorhead RedHawks for the 2020 and 2021 seasons. Kelly is looking to hit above .300 for the third straight year after posting a .313 average in 2021 and a .336 mark in 2020.
Ramirez was lights-out in his two starts for the Goldeyes this week. On June 1, he tossed five innings of one-run ball, allowing just two hits while striking out eight. On Sunday, June 5 the right-hander pitched seven innings, allowing one run on two hits and striking out seven. He picked up the win in both contests.
2022 is Ramirez’s first year in the American Association and his first as a starting pitcher. The 29-year-old spent six seasons in affiliated ball in the Diamondbacks and Rockies organizations. His last pro appearance before this season was in 2017 with Double-A Hartford in the Rockies’ system. A native of the Dominican Republic, Ramirez made his pro debut with the Diamondbacks’ Dominican Summer League team in 2012 at the age of 19. He owns a career 2.86 ERA in the affiliated minor leagues over 152 appearances, all in relief.
Pointstreak is the official statistician of the American Association.
0Shares