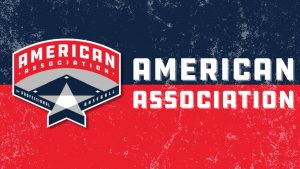 In a game that featured seven home runs, a five-run fourth inning was the difference as the Milkmen (23-13) edged the RedHawks (20-16) by an 11-10 score on Saturday night at Franklin Field.  Leobaldo Pina opened the scoring for Fargo-Moorhead with a solo homer in the first before Tony Rosselli launched one of his own for Milwaukee in the second.  In the fourth, Tre Martin hit a two-run double and Anibal Sierra followed with a two-run homer.  Kevin Krause and Adam Brett Walker II traded solo shots in the fifth and Correlle Prime hit a solo homer in the sixth for the RedHawks.  Alex Boswell also homered for Fargo-Moorhead.

Patrick Adams scored the game-winning run on a walk and for the second consecutive night, the Saltdogs (17-16) walked-off the Monarchs (19-15), this time 5-4 in a full nine innings.  Kansas City took a 4-0 lead into the bottom of the eighth, but Lincoln rallied with four runs, capped by David Vidal’s game-tying three-run homer to set up the ninth inning dramatics.  Cody Micey tossed seven shutout innings for the Monarchs, allowing just four hits while fanning seven before the bullpen gave up the lead.

MJ Rookard hit a tiebreaking double in the fourth inning, and the Railcats (17-19) would not give up the lead in an 8-4 win on Saturday night over the Canaries (17-18) at Sioux Falls Stadium.  Jesus Marriaga had two hits and drove in a pair while Daniel Lingua went 4-for-5 with two runs scored and an RBI for Gary SouthShore.  Nick Gotta had a two-run double in a two-hit effort for Sioux Falls.

Johnny Adams and Anfernee Grier each homered and the Dogs (22-15) used two unearned runs to clinch a 5-3 win over the Cougars (16-21) on Saturday night.  After scoring a run on an error in the second and another on a sac fly by Adams in the third, Adams launched his homer in the fifth to extend the lead to 3-0.  After Kane County cut it to 3-2 in the sixth, Grier responded with his own solo shot in the eighth.  Luis Roman drove in all three Cougar runs.

Hunter Clanin drove home Chase Simpson to cap off a three-run sixth inning and the Railroaders (17-18) edged the Explorers (23-12) on Saturday night by a 4-3 margin.  The three-run Cleburne uprising began with a solo homer from Alay Lago before Simpson doubled home Ramon Hernandez and later scored the eventual winning run.  Lane Milligan homered for Sioux City.

The Goldeyes (15-19) and Apollos (6-30) split a doubleheader on Saturday.  In game one, Jorge Gonzales limited Houston to a run on three hits in five innings and Sonny Ulliana had two doubles and two runs batted in for Winnipeg.  In the nightcap, Houston used a four-run fourth, four-run fifth, and five-run sixth to break open a close game.  The teams combined for 32 hits in the second game.