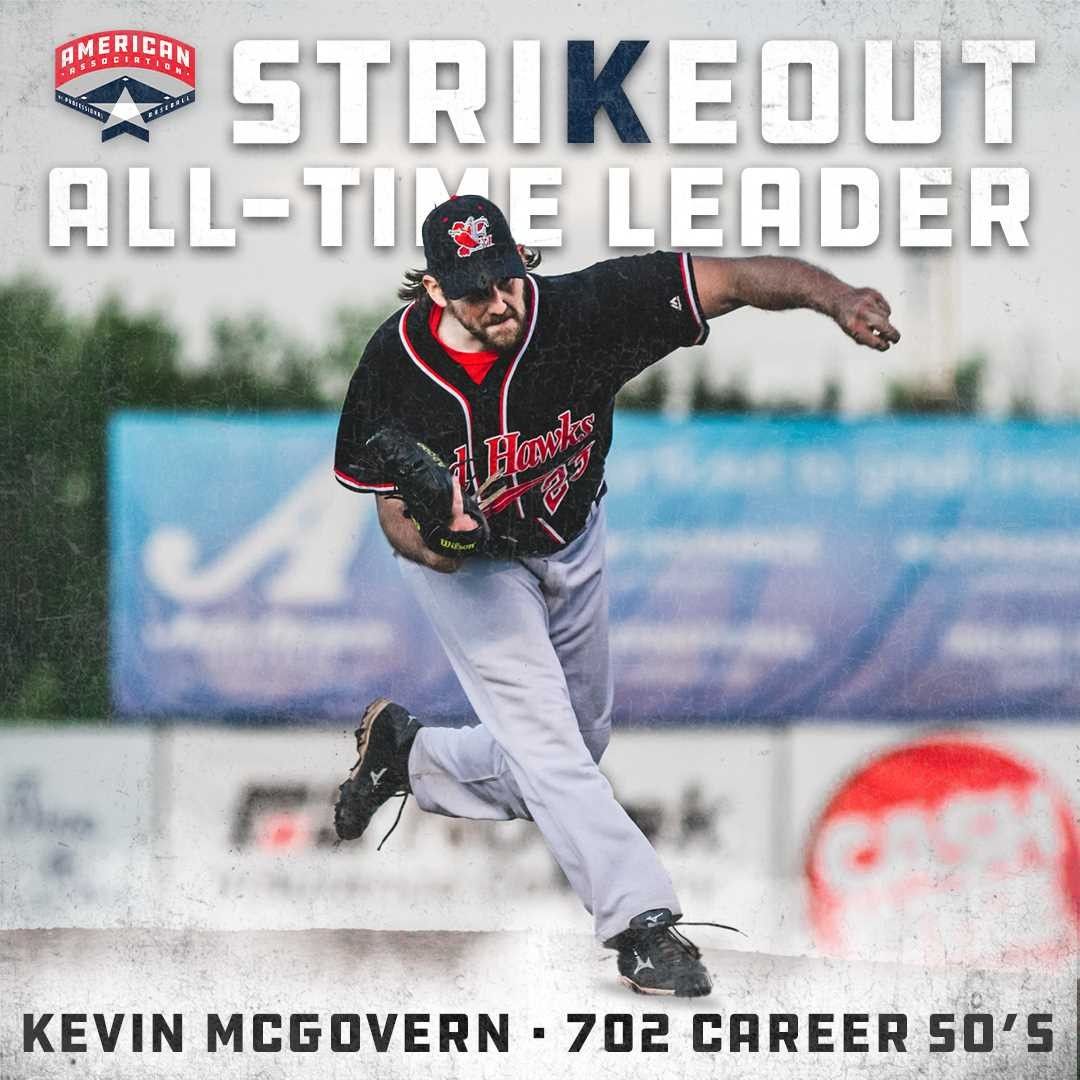 MOORHEAD, MN – A historic start from Fargo-Moorhead RedHawks left-hander Kevin McGovern and a dominant stretch at the plate from Milwaukee Milkmen first baseman David Washington earned them the titles of Pointstreak Pitcher and Player of the Week for the week ending June 6, the American Association of Professional Baseball announced Monday.

McGovern broke one of the American Association’s longest-standing records on Saturday night, becoming the league’s all-time strikeout leader. His eighth strikeout of that night’s game against Kane County was his 702nd in the Association, eclipsing Sioux Falls Canaries great Ben Moore for most in league history.

McGovern earned a complete-game victory Saturday, allowing just one run on three hits with one walk. He finished with 10 strikeouts.

A Philadelphia native, McGovern began his American Association career with the Lincoln Saltdogs in 2014, before spending parts of five seasons with the Winnipeg Goleyes. He joined the RedHawks midway through the 2020 season.

Washington was seemingly unstoppable for Milwaukee. Over the six-game stretch, the former Baltimore Oriole hit .542/.593/1.292, good for a league-best 1.885 OPS. He hit five homers in those six games, driving in 12.

Washington finished the week with a bang in a doubleheader at Winnipeg. The California native went a combined 8-for-10 over the twin bill, with three homers, a double and seven RBIs.

A 15th-round draft pick by the St. Louis Cardinals in 2009, Washington played three games with the Orioles in 2017. 2021 is his second year with the Milkmen; he helped them win a league championship in 2020.