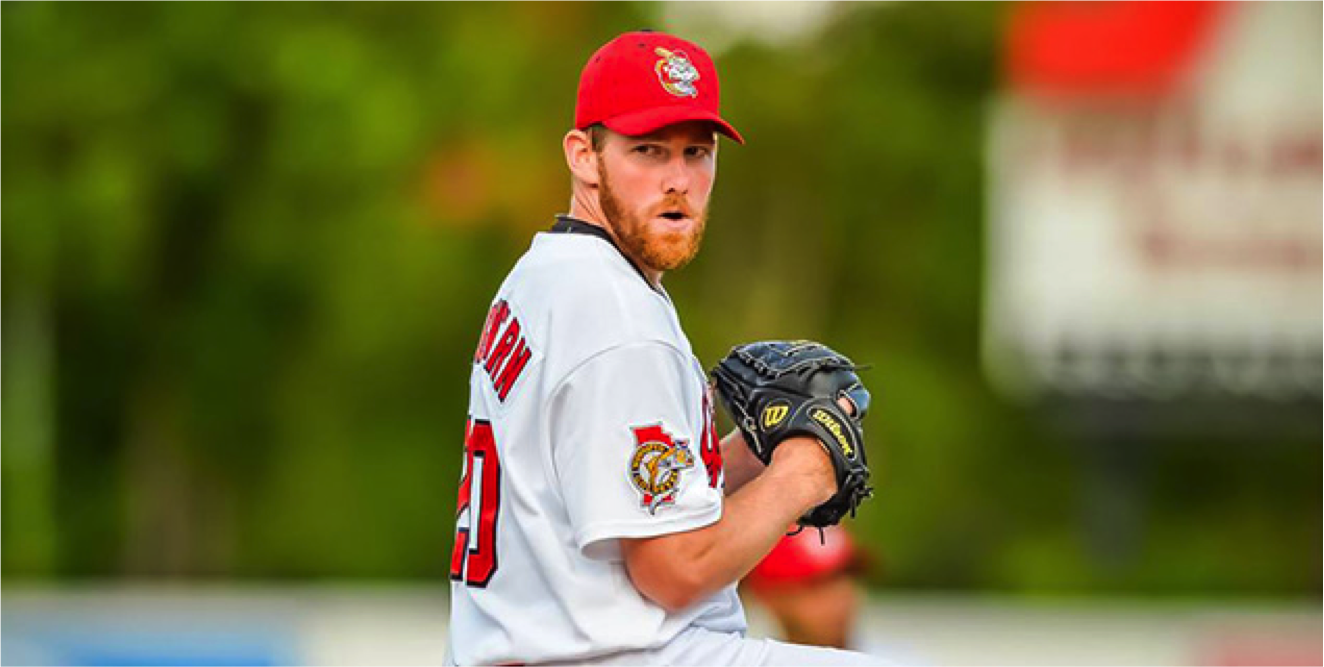 DURHAM, NC- The official statistician of the American Association, Pointstreak, has announced that Winnipeg Goldeyes LHP Kevin McGovern (pictured) has been named this week’s Pointstreak Pitcher of the Week for the week ending June 4.

Over 15 innings across two starts this week, McGovern picked up two wins and struck out 15 opposing hitters. His first start came on Tuesday against the Sioux Falls Canaries, an outing in which he worked eight innings. McGovern scattered six hits and allowed four runs, but did not walk a batter as he struck out seven. Winnipeg won the game 8-4.

He returned to the mound on Sunday to take on the Lincoln Saltdogs at home. McGovern tossed seven innings, allowing a pair of runs on four hits and two walks. He struck out eight Saltdogs as Winnipeg won 5-2.

The 12-5 Goldeyes, tied for first place in the American Association’s North Division, enjoy a day off Monday. On Tuesday at 7:05 p.m., they will open a road series at the Sioux City Explorers. The series can be seen in its entirety at www.americanassociationbaseball.tv.