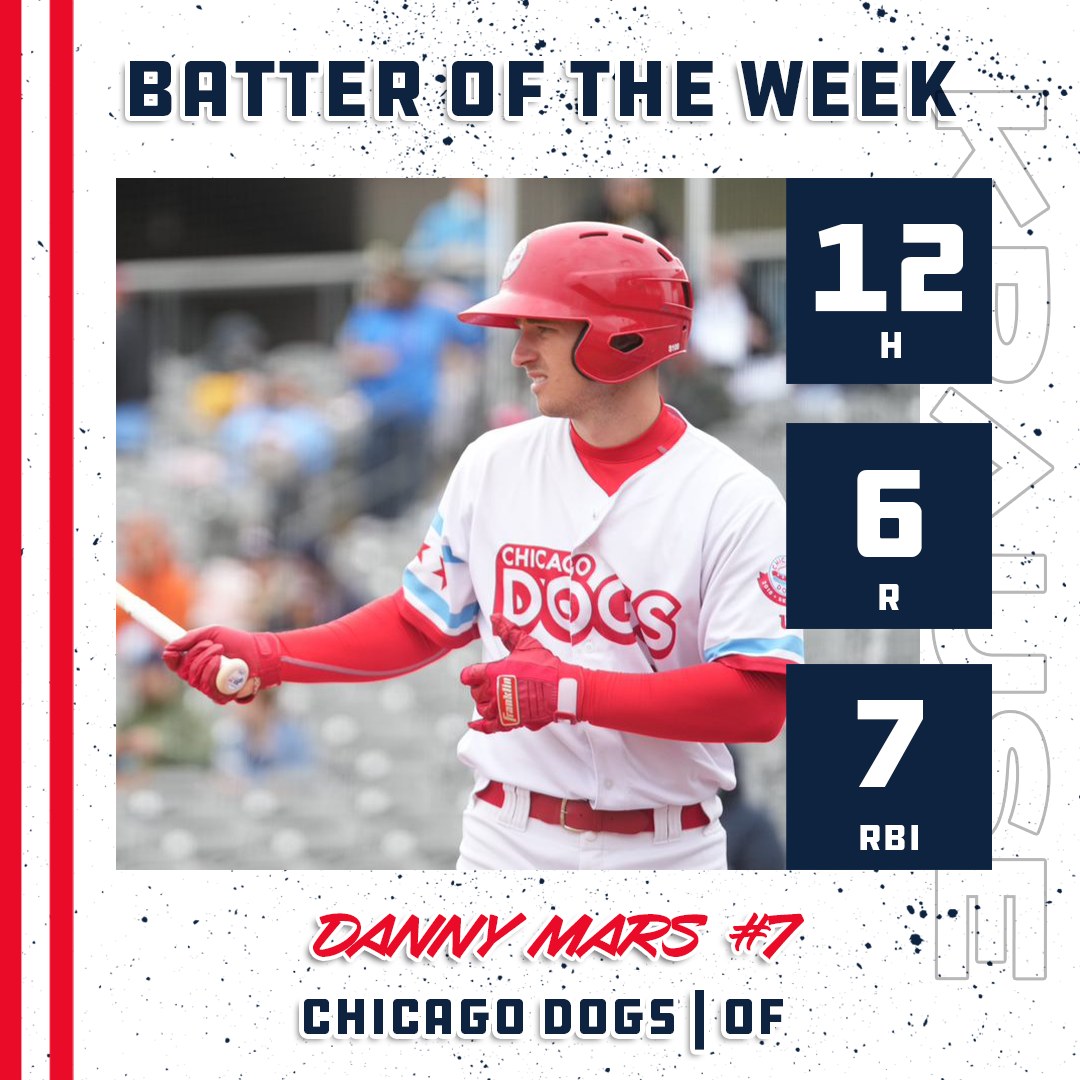 Holmberg delivered one of the best pitching performances of the 2021 season in his last start on July 8. Facing a red-hot Cleburne Railroaders lineup, Holmberg tossed a complete-game shutout, allowing just two hits and one walk while striking out eight. The Milkmen won the game 6-0, moving Holmberg’s record to 6-3 on the year.

Holmberg is in his second year with Milwaukee, having helped the Milkmen to an American Association championship in 2020. The left-hander has 51 career major-league appearances (19 starts) with the Diamondbacks, Reds and White Sox. He was a second-round draft pick by the White Sox in 2009.

Mars is one of the top hitters in a potent lineup for the first-place Dogs. He hit .522 in six games over the past week, the best mark in the league. He also drove in seven runs and earned six walks while striking out just three times.

Mars is in his first year with Chicago and second in the American Association. He hit .280 with four home runs and 35 RBIs with Kansas City in 2019, his last professional season in the United States. A sixth-round draft pick by the Boston Red Sox in 2014, Mars has made it as high as Double-A in the Red Sox system, as recently as 2018.