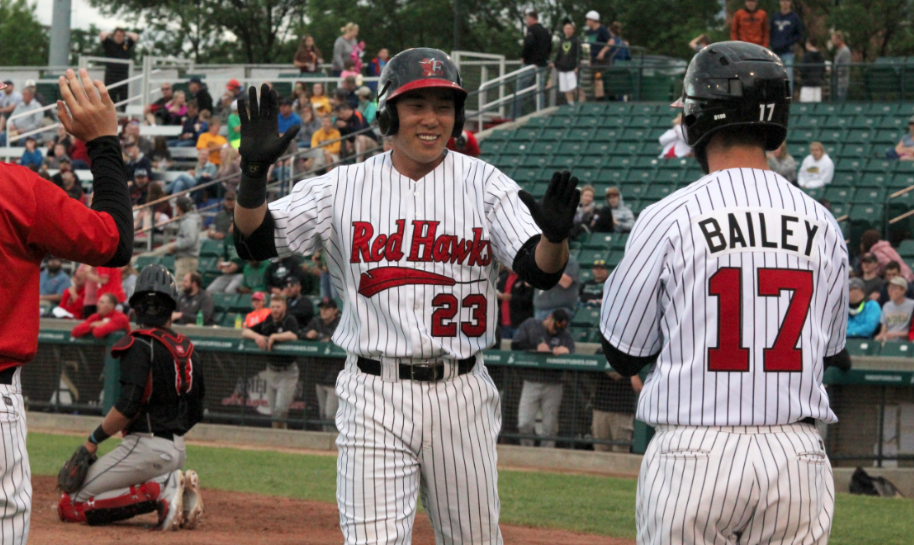 DURHAM, NC- The official statistician of the American Association, Pointstreak, has announced that Fargo-Moorhead RedHawks’ OF K.D. Kang (pictured) has been named this week’s Pointstreak Player of the Week for the week ending June 5th.

This week, Kang batted (10-for-21) with three home runs, seven RBI, five doubles while also walking six times. Currently, he boasts a .339 batting average, which ranks second best on the team. On May 31, he went 3-for-4 with two home runs, two RBI and two runs scored in an 11-8 win over Sioux City. Yesterday, the Lawrenceville, GA native had an excellent performance at the plate going 3-for-6, blasting his fourth home run, with three RBI, and three runs scored in a 19-4 victory against Sioux Falls.

From 2007-2015, Kang played in the Tampa Bay Rays, Baltimore Orioles, and Atlanta Braves organizations. In 2011, he reached the AA level for the first time with the Montgomery Biscuits where he launched 11 home runs and 39 RBI.

Entering play this week, the Fargo-Moorhead RedHawks are 9-7. Tonight, Fargo-Moorhead will battle the Gary SouthShore RailCats at 7:10 PM from U.S. Steel Yard. Fans can watch select American Association games live and for free at www.americanassociationbaseball.tv.