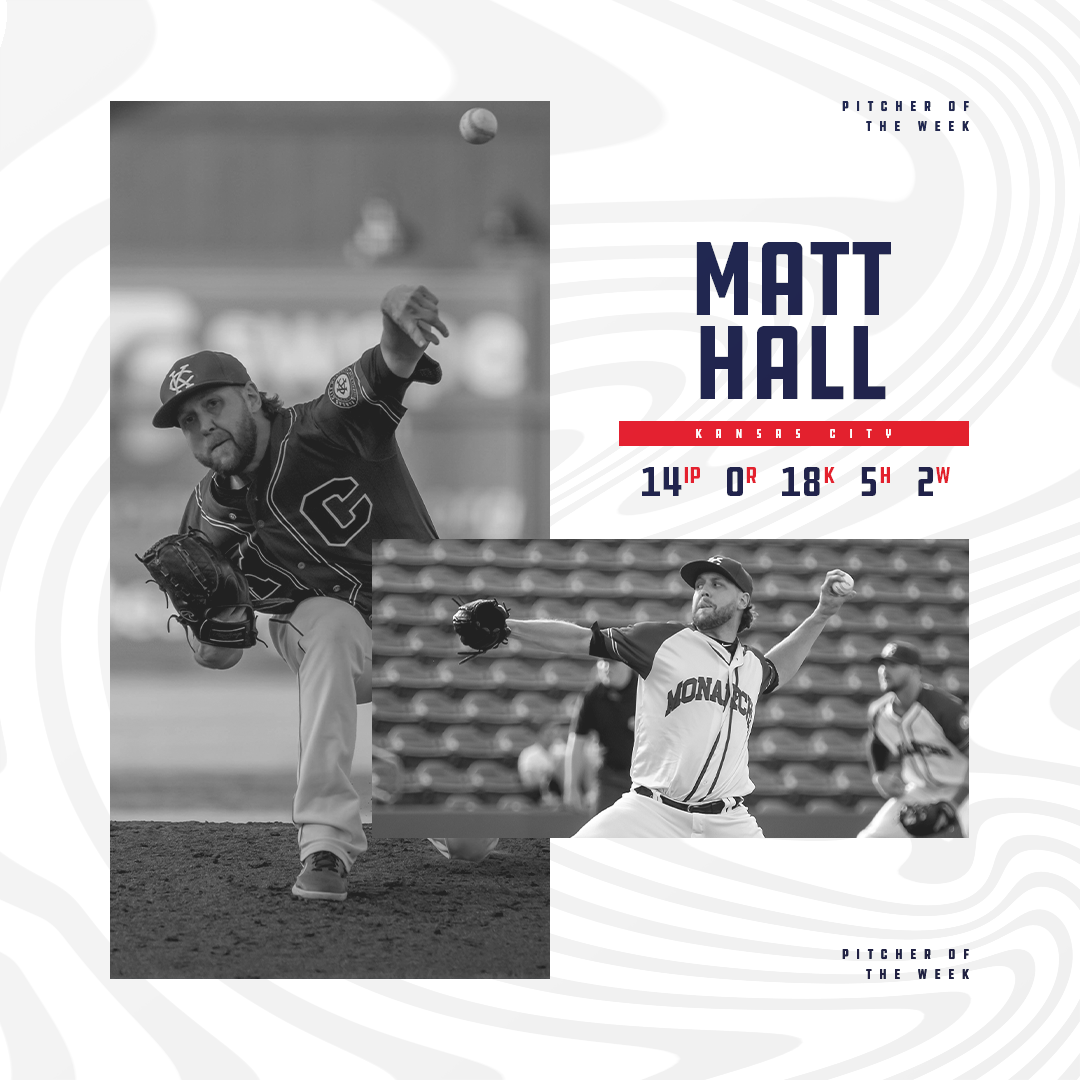 MOORHEAD, Minn. — Winnipeg Goldeyes infielder David Washington and Kansas City Monarchs starter Matt Hall have been named the American Association’s Pointstreak Batter and Pitcher of the Week for the week ending August 14, the league announced Monday.
Washington was on fire over the week, posting an Association-best .625 batting average over six games. The former major leaguer clubbed four home runs over that stretch and drove in 13, both one off league highs. That included a 3-for-4 performance on Saturday night vs. Sioux City where he hit two home runs, including a go-ahead two-run blast in the Goldeyes’ 5-4 win.
Washington, 31, is in his 14th professional season, third in the Association, and first with the Goldeyes. A former Cardinals prospect, the San Diego native played played three games at the major-league level with the Baltimore Orioles in 2017. After two years in the Atlantic League, he made his AAPB debut in 2020 with Milwaukee, helping the Milkmen to their first league championship. He was even better in 2021, posting a 1.029 OPS over 62 games with the Milkmen. He was traded to Winnipeg in the offseason and has thrived in his new home, tied for the league lead with 26 home runs.
Hall made two outstanding starts during the week. On Tuesday at Sioux City the left-hander tossed seven shutout innings with three hits and two walks allowed, striking out eight. He was even better on Sunday vs. Lincoln, again throwing seven  scoreless frames while allowing just two hits and two walks and recording 10 punchouts. Both games were comfortable Monarchs wins.
Hall is a former Major Leaguer, owning 25 career MLB appearances with the Detroit Tigers and Boston Red Sox. His most recent call-up was with Boston during the 2020 season. A sixth-round draft pick by the Tigers in 2015, the former Missouri State Bear made three appearances (two starts) for the Monarchs in 2021. Hall, 29, started 2022 with Kansas City before having his contract transferred to the San Francisco Giants organization on June 12. He made two appearances at Triple-A Sacramento before returning to the Monarchs on July 14. He sports a minuscule 0.97 ERA in 11 American Association starts in 2022, easily the best in the league.
Pointstreak is the official statistician of the American Association.
0Shares