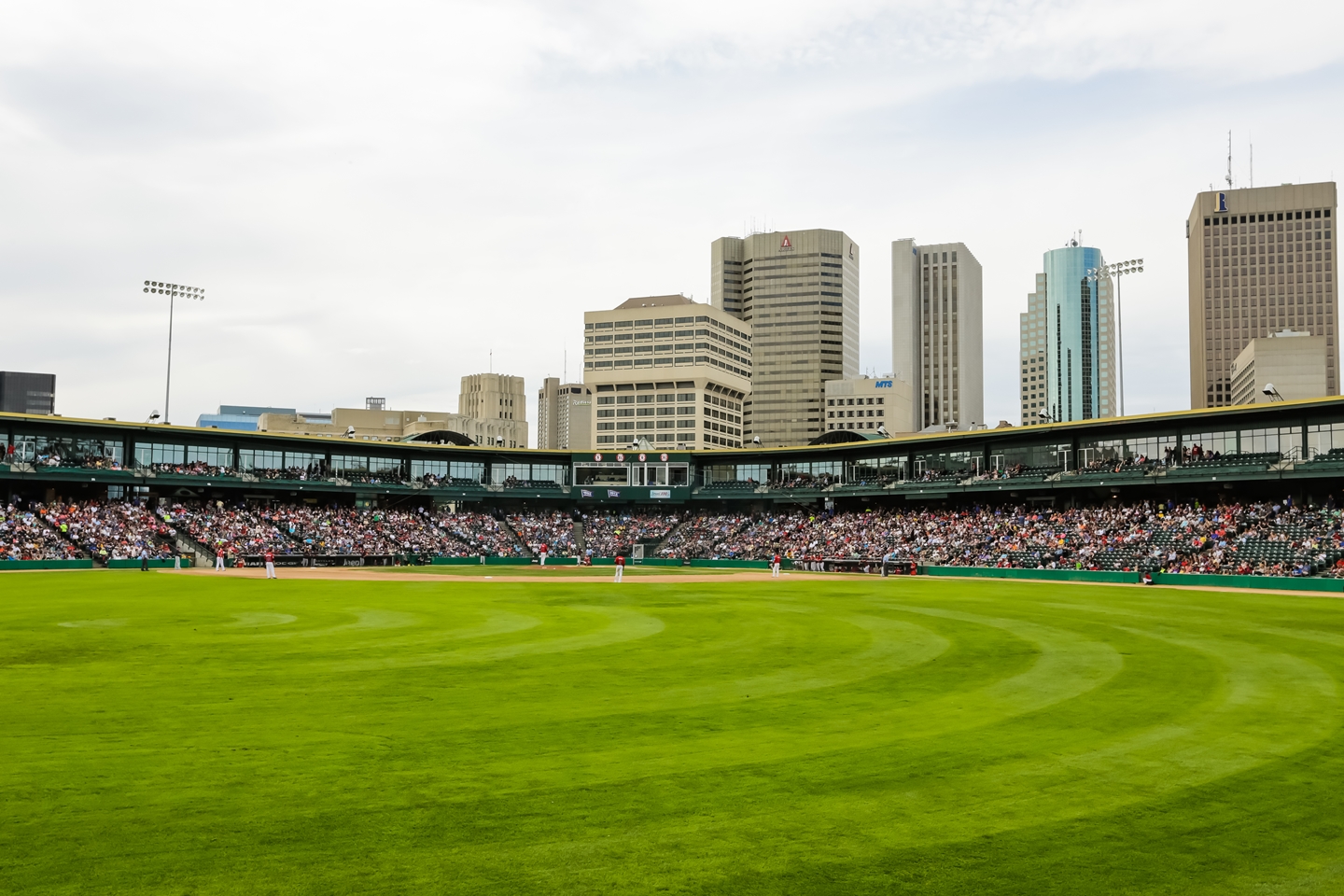 First baseman Jacob Rogers roped a three-run double to left field in the top of the 11th inning to give Winnipeg the lead for good as they topped Gary SouthShore, 7-4.  The Goldeyes had 13 hits in the contest and was led by LF Adam Heisler who had a 3-for-5 game with a run scored and a RBI. Winnipeg C Carlton Tanabe added a double, a run and two RBI with RF David Rohm scoring twice in a 1-for-5 day. Goldeyes reliever Mikey O’Brien picked up his seventh victory of the year while Cameron McVey earned his second save. With the win, Winnipeg has now won six straight and has a two game lead over Laredo in the race for the Wild Card.

Sioux City scored a pair of runs in the second and fourth innings to go ahead 4-1 and would go on to defeat Kansas City by a 5-1 final. Explorers C Ralph Henriquez went 2-for-4 on the night with two runs scored while DH Derrick Robinson added three hits and two RBI. Sioux City 3B Tommy Mendonca also chipped in with a two-run home run, his sixth of the season. Explorers starting pitcher Jake Kuebler tossed five strong innings in earning his second win of the season. Kuebler gave up an earned run on five hits with two walks and a strikeout.

Sioux Falls CF Ethan Chapman scored the go-ahead run on a sacrifice fly by SS Blake Schmit in the fifth inning as the Canaries edged the Texas AirHogs, 2-1. Chapman and RF Rubi Silva each went 2-for-4 with a run scored while 1B Ozney Guillen had a hit and drove in a run. Sioux Falls starting pitcher Joe Bircher threw seven solid innings in earning his second win of the year. Bircher gave up an unearned run on seven hits with a walk and four strikeouts. The bullpen duo of Madison Boer and Billy Waltrip finished off the rest of the game with two hits and a strikeout. Waltrip picked-up his third save.

In front of a crowd of 6,302, the Lincoln Saltdogs scored three runs in the sixth inning to take a 7-6 lead and would roll on to a 9-7 victory over the Wichita Wingnuts. Lincoln had 10 hits in the contest and was led by 1B Rene Leveret who went a perfect 3-for-3 at the plate with a run scored and a RBI. Saltdogs DH Curt Smith and C Luis Alen combined for four hits and three runs with leadoff hitter Robby Kuzdale adding a double and two RBI. Saltdogs pitcher Jeff McKenzie threw two shutout innings to notch the win. McKenzie gave up three hits and is now 5-3 on the season. For Wichita in the losing effort, 2B Christian Stringer went 2-for-5 with a home run, two runs scored and two RBI.

Laredo 3B Cesar Valera singled home C Zane Chavez with the go-ahead run in the sixth inning as the Lemurs beat the Joplin Blasters, 3-2. The Lemurs jumped out in front 2-0 in the first inning on a two-run single by 2B J.D. Pulfer. Joplin tied up the score at 2-2 in the top of the sixth on a sacrifice fly by 2B Mitch Glasser and a RBI single by DH Edwin Gomez. Laredo would then the take the lead for good in the bottom of the frame on the single by Valera.

Pulfer, Chavez and leadoff hitter Alvaro Rondon each had two hits on the night while Kamakani Usui tossed 2/3 of an inning of relief to grab the win and improve his mark to 4-2 on the season.

Fargo-Moorhead starting pitcher Jose Almarante threw 6 2/3 strong innings in leading the RedHawks to a 4-2 win over the St. Paul Saints. Almarante allowed an earned run on seven hits with seven strikeouts in nabbing the victory and improving his record to 2-1 on the year. Offensively for Fargo-Moorhead, RF Keury De La Cruz led the way going 3-for-5 with a home run, his 13th of the season, two runs scored and a RBI. RedHawks CF Kes Carter had a pair of hits and plated a run while 2B Ryan Pineda hit a double and drove in a run.  For St. Paul in the losing cause, 1B Trever Adams launched two home runs in a 3-for-4 night.

Fans can watch select American Association games live and for free at www.americanassociationbaseball.tv