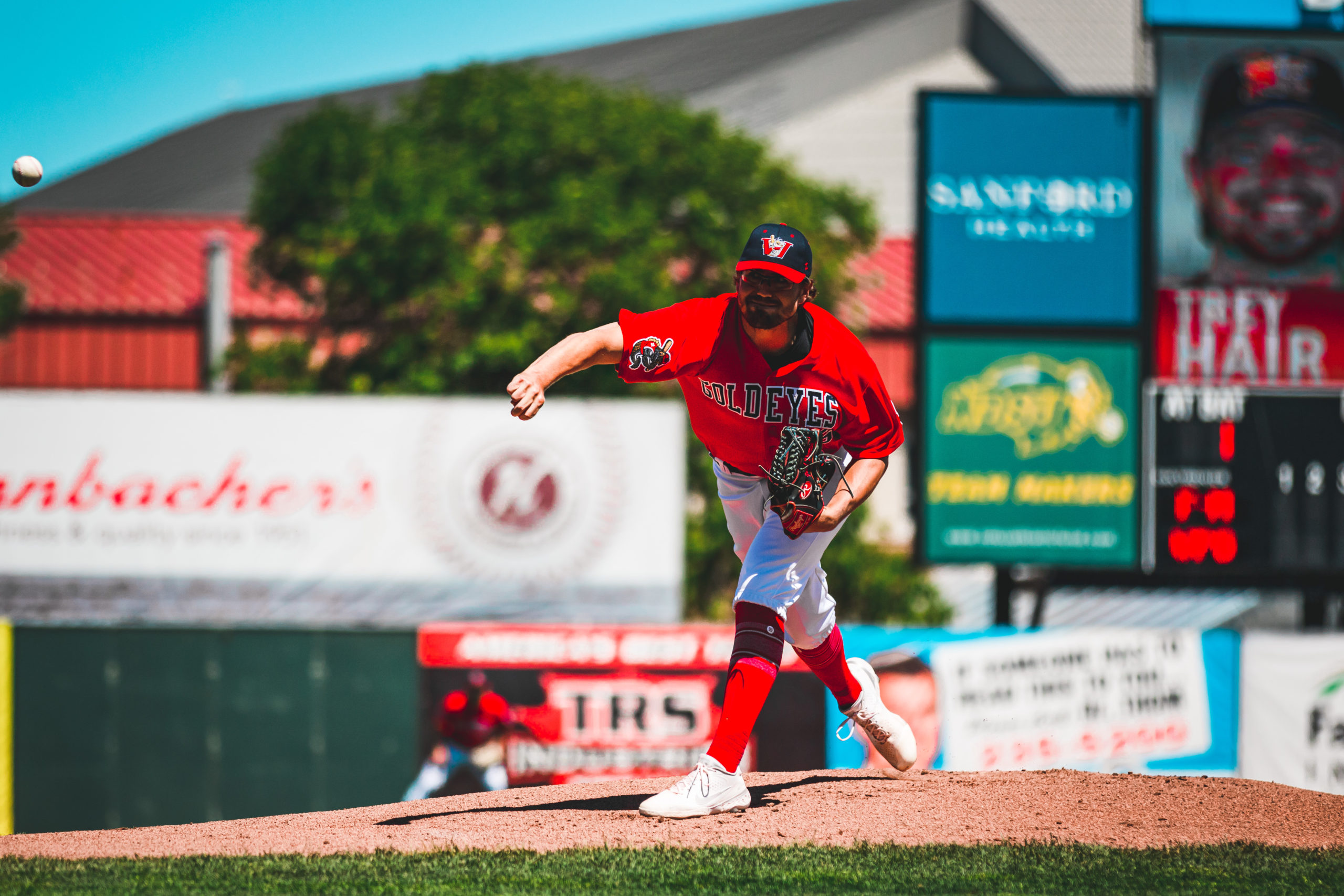 Starting pitcher Frank Duncan didn’t earn a decision but he set the Goldeyes on the right path with seven strong innings in which he gave up just six hits and no walks while striking out five batters. Reliever Jose Jose was credited with the win for working a perfect eighth inning and Victor Capellan nabbed the save by finishing things off in the ninth. The RedHawks were held to just seven hits on the day and 3B Leobaldo Pina was responsible for three of them.

The Goldeyes’ runs came in the bottom of the eighth inning when CF Darnell Sweeney hit a solo home run and 1B Kyle Martin scored when DH Logan Hill (2-for-4) singled.

The St. Paul Saints worked past the Sioux Falls Canaries 6-4 with a trio of home runs on Sunday at Sioux Falls Stadium.

St. Paul struck first in the bottom of the second inning when C Mitch Ghelfi hit a three-run home run. 2B Grant Kay (3-for-4) matched that with a three-run shot of his own in the fourth and the Canaries took the lead in the next inning when SS Andrew Ely scored as 3B Damek Tomscha reached on an error.

The Saints took the lead back n the next inning as RF Max Murphy hit a two-run homer and 1B John Silviano hit a solo shot in back-to-back at-bats. Murphy now has three homers and 10 RBIs on the year and Silviano has five home runs and 17 RBIs.

The Chicago Dogs racked up nine runs on the Milwaukee Milkmen in five innings before the rains came and ended the night early but that was enough for the game to be official.

Starting pitcher J.D. Busfield picked up the win for tossing all five innings and giving up just one hit while striking out three batters. The Dogs started the offence in the second inning when LF Harrison Smith scored when CF Michael Crouse (3-for-3) singled to left field. In the fourth, RF Victor Roach (3-for-3) hit a solo home run and, later in the inning, Crouse hit a two-run shot and 2B Edwin Arroyo hit a solo shot in back-to-back at-bats.

In the fifth, Smith added a three-run home run and, in the next at-bat, C Garrett Hope (2-for-3) added a home run of his own.