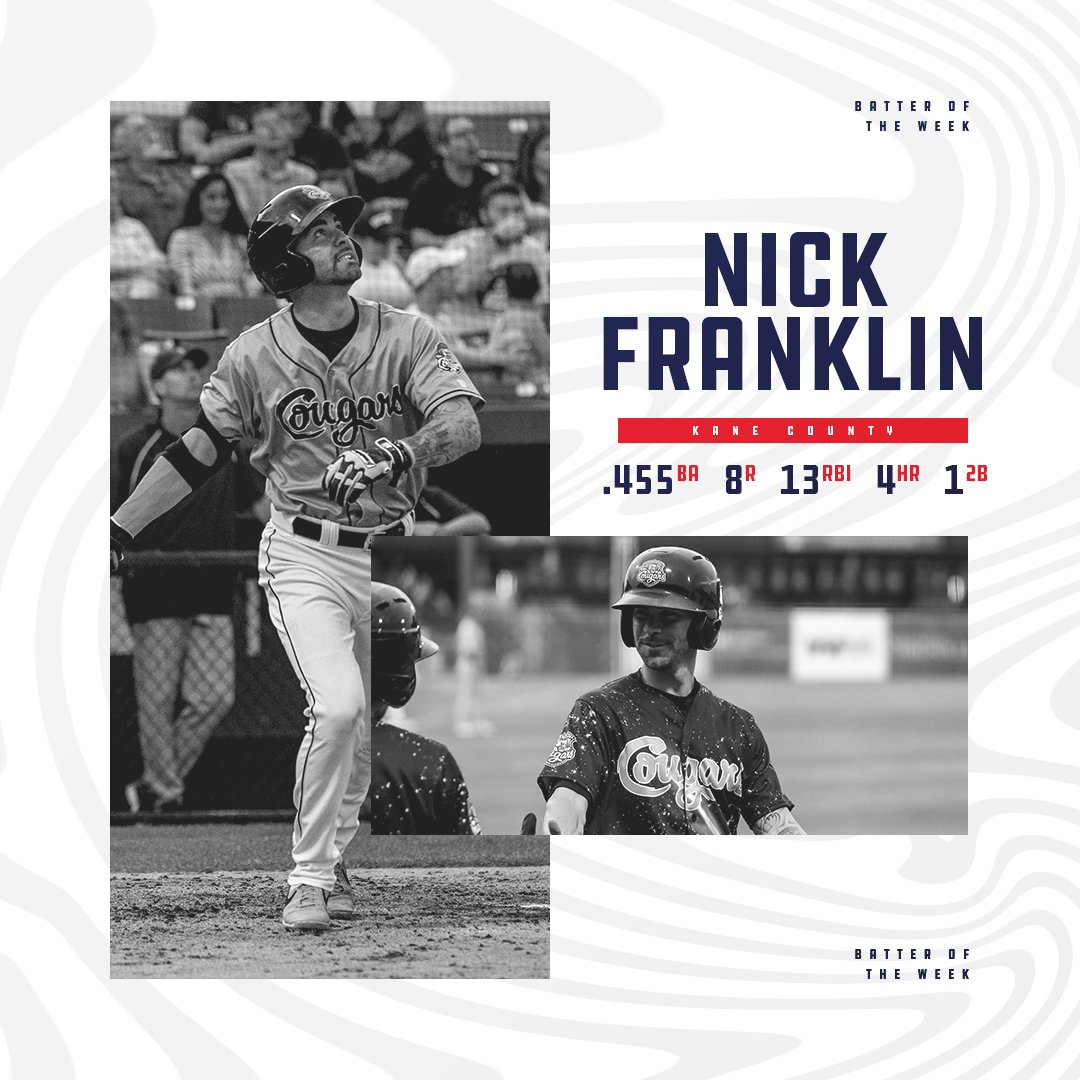 MOORHEAD, Minn. — Kane County Cougars infielder Nick Franklin and Sioux Falls Canaries starter Stevie Ledesma won the American Association’s Pointsreak Batter and Pitcher of the Week awards for the week ending September 4, the league announced Monday.
Franklin delivered one of the most dramatic hits of the American Association season on Friday night against Chicago, hitting a walk-off grand slam in the bottom of the 11th inning. The homer was Franklin’s fourth blast of the week after he hit three home runs and drove in eight in a blowout win over Gary SouthShore on Tuesday. On the full week Franklin hit .455 with a 1.616 OPS and 13 RBIs. Acquired in a trade from Sioux City on August 5, the former big leaguer Franklin has hit five home runs and driven in 18 in 20 games in a Cougars uniform.
A Florida native in his 13th professional season, Franklin was a first-round draft pick by the Seattle Mariners in 2009. The 31-year-old has played in 301 major-league games from 2013 to 2018 with the Mariners, Rays, Brewers and Angels. He owns a .214/.285/.359 slash line at the MLB level with 24 home runs. He was part of the Explorers’ playoff run at the end of the 2021 season, playing in eight games.
Ledesma delivered an ironman performance in his lone start of the week on Saturday, throwing a complete-game shutout against Winnipeg. Making just his third start of the season and 13th as a professional, the right-hander struck out 13 batters while allowing five hits and just two walks. He threw 137 pitches to earn the win, 102 of which were strikes.
Ledesma, 26, is playing his fourth professional season, second at the Partner League level, and first in the American Association. A UC Santa Barbara alumnus, the California native was drafted in the 27th round by the Detroit Tigers in 2018, spending two years in their system. He returned to pro ball in 2021 with Southern Illinois of the Frontier League, earning an impressive 2.83 ERA, mostly out of the bullpen.  He sports a 4.64 ERA on the full season with the Canaries over 32 games (3 starts).
Pointstreak is the official statistician of the American Association.
0Shares