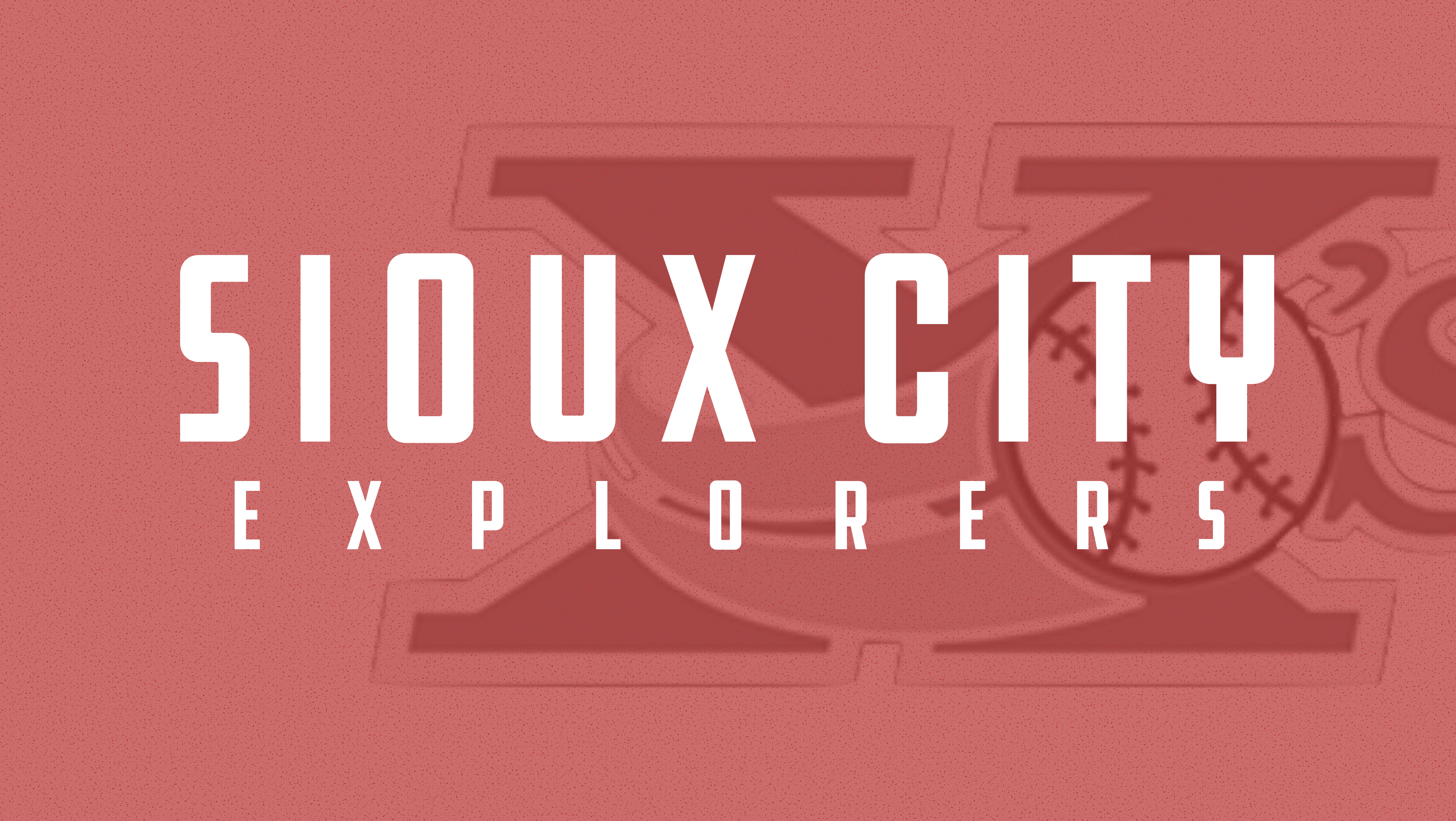 The Sioux City Explorers (39-44) took the first game of their Saturday doubleheader with the Winnipeg Goldeyes 5-1.

The Explorers took the lead in the bottom of the third when CF Chase Harris scored on a wild pitch. 1B David Washington tied the score for the Goldeyes with a solo homer, his 27th of the year, in the top of the fourth.

In the fifth, the Explorers took control of the game with a four-run rally. RF Danry Vasquez (2-for-3) singled to score 3B Jack Kelly and scored alongside Harris when 1B Gabe Snyder (2-for-4) singled to left. Snyder scored on a single from C Dylan Kelly (2-for-3)  later in the frame.

The Sioux City Explorers (40-44) completed the sweep of their twinbill with the Winnipeg Goldeyes by one-hitting the visitors in a 3-0 shutout.

Starting pitcher Zach Hedges went six innings and allowed just one hit while striking out eight batters to earn the win. Reliever Thomas McIlraith earned the save by retiring the side in the seventh with just one walk and a strikeout.

Offensively for the Explorers, 2B Blake Tiberi went 2-for-3 with a double and an RBI. C Dylan Kelly and SS Zack Kone also added RBIs.

The Fargo-Moorhead RedHawks (58-28) bagged their ninth win in a row as they subdued a late surge from  the Chicago Dogs in a 9-8 win.

The RedHawks built a 9-2 lead on the backs of strong offensive performances from RF John Silviano, DH Ben Livorsi, 3B Leobaldo Pina and C Manuel Boscan. Silviano went 2-for-5 with three RBI and his 19th home run of the year. Livosi also had a pair of hits, three RBIs and a homer. Pina went 2-for-4 with two runs and an RBI and Boscan added a pair of RBIs.

The Dogs rallied for six runs in the sixth and seventh frames including a solo homer from 2B Grant Kay and a three-run homer from C Trent Bauer (2-for-3, 4 RBIs) but that proved to be the final run of the night.

The Kansas City Monarchs (54-31) kept their seven-game winning streak alive with a 3-2 win against the Lincoln Saltdogs Saturday night at Haymarket Park.

The Monarchs took the lead in the top of the third inning when 2B/LF Ryan Grotjohn singled home SS Pete Kozma. In the sixth, 1B Gio Brusa drew a bases-loaded walk and DH Matt Adams scored on a single from C Alexis Olmeda to push the lead to 3-0.

For the Saltdogs, C Luke Roskam hit a solo homer in the seventh and CF Hunter Clanin plated 3B Ryan Long with a sac fly in the eighth.

The Milwaukee Milkmen (46-40) outlasted the Sioux Falls Canaries with the help of 1B Will Kengor and his dynamic bat.

Kengor finished the night 2-for-4 with two homers and four RBIs. He hit a solo shot in the third and added a three-run homer in the seventh.LF  Aaron Hill (2-for-4) also homered for the Milkmen. Leaving the yard in the bottom of the second.

For the Canaries, SS Osvaldo Martinez, 3B Gavin LaValley and 1B Trey Michalczewski each drew bases-loaded walks in the top of the third. The Milkmen pitching staff combined to allow just two hits in the game and reliever Kyle Huckaby earned the win after working the seventh inning.

The Cleburne Railroaders (39-46) dropped the Kane County Cougars 5-3 on Saturday night to pick up their fifth win in a row.

The Railroaders moved in front in the top of the first when LF Chuck Taylor (2-for-5) hit a lead-off double and scored on a single from 2B Edwin Arroyo (2-for-5). In the fifth, 3B Wyatt Mathisen hit a solo homer and DH Chase Simpson drew a bases-loaded walk in the eighth. In the top of the ninth, 1B Kacy Clemens hit a lead-off homer and C Mitch Ghelfi scored when Arroyo bounced out later in the frame to give the Railroaders a 5-0 lead.

In the bottom of the ninth, DH Dylan Busby (2-for-4) hit a two-run homer and 3B Alexis Pantoja doubled home 1B Josh Rolette but that ended up being the final run of the day.

Starting pitcher Josh Lucas earned the win as he went 7 scoreless innings and gave up three hits while striking out three batters.

The Gary SouthShore RailCats (37-49) made an early lead stand up as they topped the Lake Country DockHounds 8-5 on Saturday night at Wisconsin Brewing Company Park.

3B Victor Nova opened the scoring for the RailCats with a three-run home run in the top of the first. In the third, RF LG Castillo hit a two-run homer and 1B Sam Abbott added an RBI single to push the lead to 6-0. Abbott tacked on an RBI groundout in the fifth and Nova singled home Castillo in the seventh.

For the DockHounds, LF Jake Snider went 3-for-5 with three runs and an RBI. 3B T.J. Bennett went 2-for-5 with two RBI and 1B Daikan Yoh went 2-for-3 with a run scored.

On the bump, starting pitcher Adam Heidenfelder went 5.1 innings and gave up four runs on eight hits while striking out six batters in the winning effort.