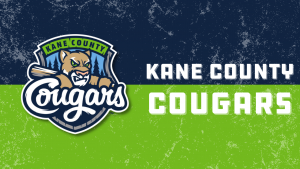 Kacy Clemens and Nick Zammarelli each slugged homers and Tyler Viza pitched into the sixth as the Cougars (11-16) defeated the Explorers (17-11) by a 5-1 count on Thursday night at Northwestern Medicine Field.  Clemens two-run homer opened the scoring in the first for Kane County while Zammarelli added to the lead in the second with a solo shot of his own.  Viza went 5.1 innings, allowing just three hits and a run while punching out five.  L.T. Tolbert drove home Sioux City’s lone run.

Nick Travieso and two relievers combined for a five-hit shutout as the Monarchs (15-10) took a 4-0 decision over the RailCats (13-15) on Thursday night at Legends Field.  Jan Hernandez doubled home Ryan Grotjohn in the first before Charcer Burks singled home a run and later scored in the third for Kansas City.  That was more than enough for Travieso (6 IP, 4 H, 2 BB, 6 K) and the pen, who only allowed five singles all night.

Will Zimmerman and Jordan George each went deep as the RedHawks (17-11) collected 14 hits in an 8-4 win over the Dogs (18-11) on Thursday night at Impact Field.  In a 3-1 game in the sixth, Zimmerman launched a three-run homer to break the game open for Fargo-Moorhead.  George wrapped up the scoring in the ninth with a solo shot.  Alex DuBord held Chicago scoreless in 3.1 inning of relief work for the win.

Seven combined runs from the sixth inning on lifted the Saltdogs (15-11) to an 8-5 win over the Apollos (4-23) on Thursday night at Haymarket Park.  Trailing 3-1 in the sixth, Edgar Corcino and Patrick Adams both drove in runs to tie the game, and after Houston took a 4-3 lead in the seventh, Skylar Weber hit a two-run single to give Lincoln the lead for good.  In the eighth, Josh Altman (two-run) and Curt Smith launched back-to-back home runs to extend the lead.  Brian Dansereau homered for Houston.

Adam Brett Walker II scored on a groundout in the tenth as the Milkmen (17-10) rallied for a 5-4 win over the Canaries (13-14) on Thursday night at Sioux Falls Stadium.  Trailing 4-2 in the eighth, David Washington tied the game with a two-run homer for Milwaukee.  Cjristian Correa also had two runs batted in for the milkmen, while Logan Landon homered for Sioux Falls.

Kevin Lachance and Wes Darvill went back-to-back with home runs in the fourth and the Goldeyes (11-14) completed a sweep of the Railroaders (11-17) with a 7-4 win on Thursday night at the Depot at Cleburne Stadium.  After Cleburne took a 3-0 lead, Winnipeg got a run in the third before Max Murphy scored Tyler Hill with a double in the fourth.  That was followed by Lachance and Darvill each hitting homers and Kyle Martin would add a fifth inning solo shot as Winnipeg would not trail again.