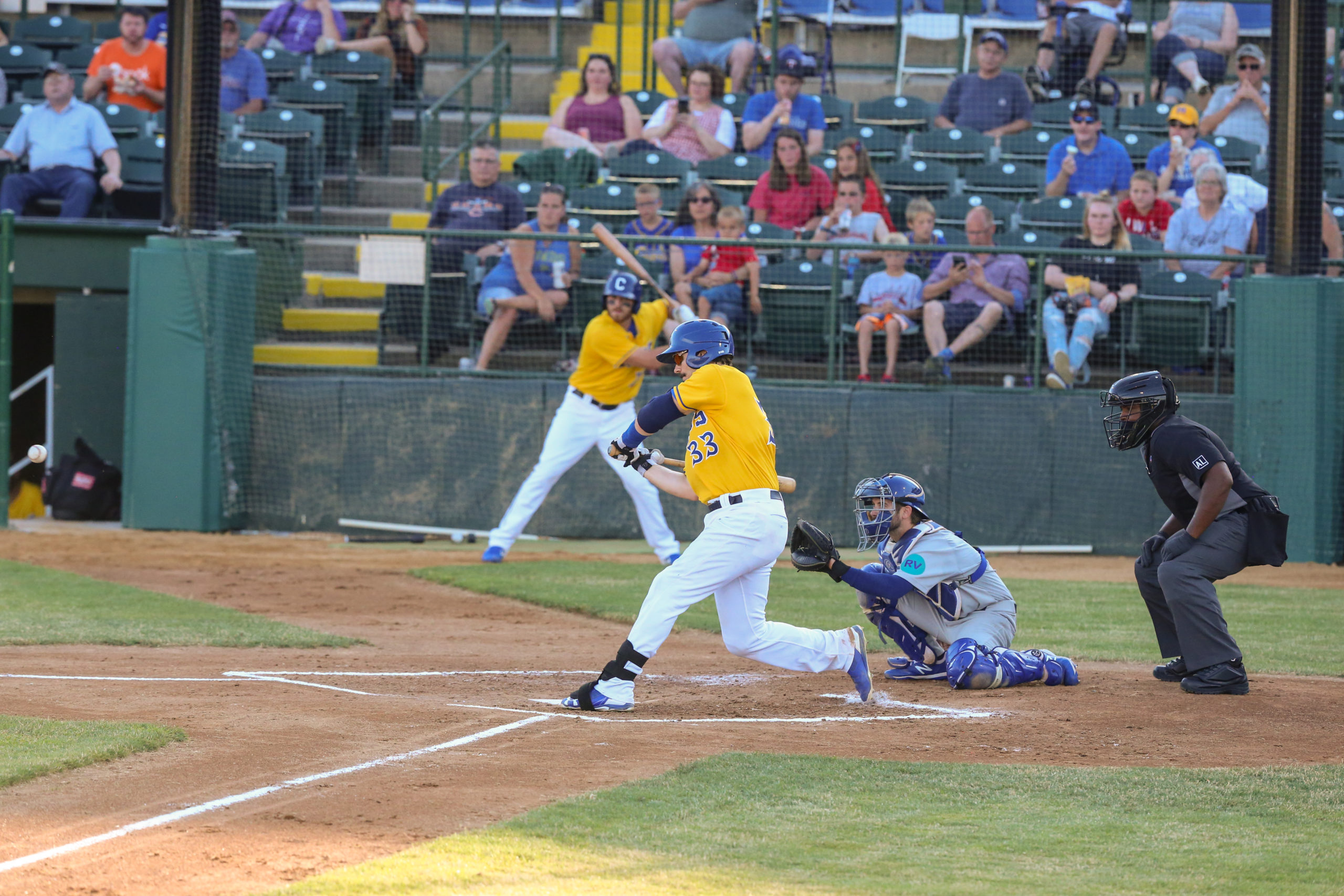 The Sioux Falls Canaries vaulted past the Fargo-Moorhead RedHawks 3-2 thanks to a two-run homer from RF Clint Coulter in the top of the ninth inning.

The Canaries (20-19) fell behind in the fourth inning when DH Drew Ward hit a two-run home run. Sioux Falls drew one back in the sixth when LF Ryan Brett hit a lead-off single and then scored when SS Andrew Ely (3-for-4) singled in the next at-bat. In the top of the ninth, CF Logan Landon singled with one out and, after 1B Grant Kay bounced out Coulter (2-for-4) hit a two-out blast to give his team the lead.

Starter Tyler Herron pitched eight innings and allowed two runs on three hits while striking out six batters to earn the win. Reliever Keaton Steele came on in the ninth and gave up one hit, a double by Ward, but retired the other three batters he faced to pick up the save. RedHawks starter Tyler Pike also pitched well, going eight innings, striking out 12 and giving up one run on seven hits in the no-decision.

The Milwaukee Milkmen took the first game of an important week of six consecutive matchups with the Winnipeg Goldeyes 6-2 on Tuesday night.

With the win, the Milkmen (22-18) now trail the first place Goldeyes (23-16) by just 1.5 games and the Milkmen maintained a three-game lead over the Canaries in third. Milwaukee took the lead in the bottom of the first when 3B Logan Trowbridge reached on an error and allowed CF Brett Vertigan (2-for-5). CF Jonathan Moroney (2-for-3) tied the score with a lead-off homer in the top of the third but the Milkmen took the lead back in the bottom of the frame.

There, SS Mason Davis (2-for-4) scored when LF Adam Walker (2-for-4) reached on an error and Walker scored when Trowbridge singled in the next at-bat. C Christian Correa (2-for-3) homered in the next inning and Walker singled home Davis later in the fourth. Both teams scored a single run in the sixth – a sac fly from Moroney and an RBI double from Walker – but that capped the scoring for the game.

The Chicago Dogs jumped out to a hot start and never trailed on the way to a 10-3 win against the St. Paul Saints.

3B Joey Terdoslavich (2-for-4) hit a solo home run in the top of the first inning to get things started. In the second, DH Blake Allemand tripled home SS Tyler Ladendorf and then scored on a sac fly from C Logan Moore in the next at-bat. In the third, Terdoslavich homered again, this time it was a three-run shot to give his team a 6-0 lead. RF Victor Roache (2-for-5) homered hit a solo shot in the sixth and, in the ninth, Allemand added a sac fly and both Moore and CF Michael Crouse (2-for-5) had RBI base hits.

For the Saints, 3B Chesny Young (2-for-4) had an RBI single and then scored when RF Max Murphy bounced out in the seventh. In the eighth, Young singled to right to plate SS Nate Samson.