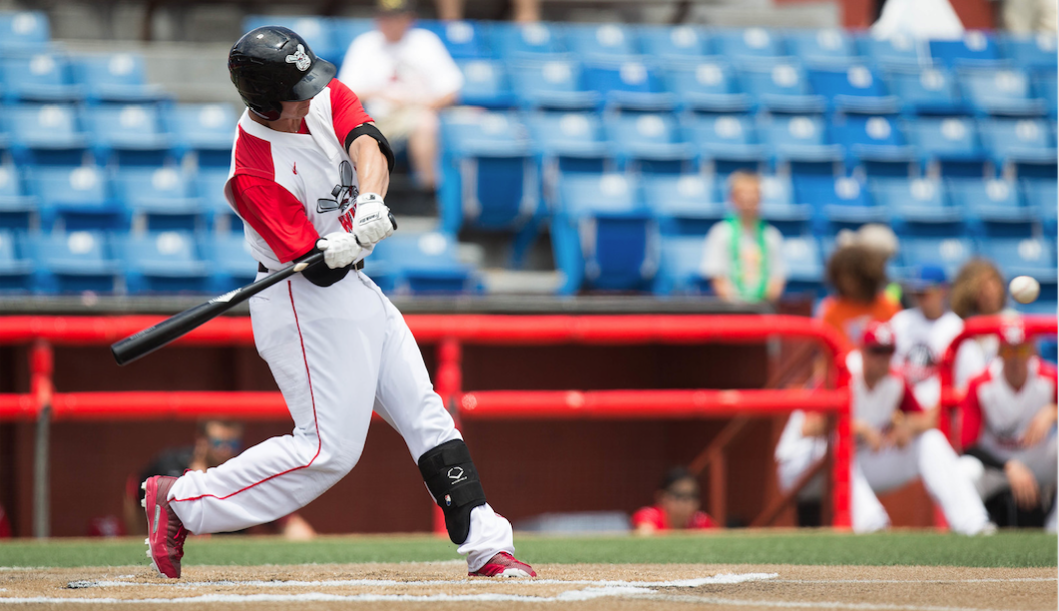 DURHAM, NC- The official statistician of the American Association, Pointstreak, has announced that Wichita Wingnuts INF Matt Chavez (pictured) has been named this week’s Pointstreak Player of the Week for the week ending July 9.

When his week began on Monday, July 3, Chavez went 2-for-3 with a double, home run, four RBI and two runs scored in a 7-4 win over the Winnipeg Goldeyes. His lone hitless game came a day later, an 0-for-3 effort against the Goldeyes at home. Chavez concluded the series with a bang on Wednesday, going 3-for-5 with a home run, two RBI, and a run scored in a 9-5 loss. The weekend sent the Wingnuts to Sioux Falls, S.D., and a three-game set with the Sioux Falls Canaries. On Friday, Chavez was 4-for-5 with two doubles, a home run, three RBI and two runs scored in a 10-7 win. He followed that performance up with a 3-for-6 game on Saturday, homering twice and driving in five runs in an 11-8 victory. Wichita fell 2-1 on Sunday, but Chavez was still 2-for-4.

Chavez is in his fourth year as a professional, having played parts of both 2014 and 2015 in affiliated baseball before coming to Wichita. He earned American Association Rookie of the Year honors in 2016 for a season in which he led the league with a .359 average, and hit 16 home runs and 23 doubles, and collected 61 RBI. He was named Pointstreak Player of the Week for the week ending July 24, 2016.

Chavez played in 10 games with the Augusta GreenJackets, the Class A Affiliate of the San Francisco Giants in 2014, also playing in the Frontier League, Pacific Association and United League that season. Chavez was back in the Pacific Association in 2015 for 66 games, but earned the chance to play in the San Diego Padres’ system at season’s end. In 15 games with the Class A Advanced Lake Elsinore Storm, Chavez hit .293 with four doubles, three home runs and eight RBI. Prior to his professional career, Chavez played for four seasons at the University of San Francisco.

The Wignuts open a home series with the Gary SouthShore RailCats at 7:05 p.m. on Tuesday night at Lawrence-Dumont Stadium in Wichita, Kan. The series can be seen live and for free at www.americanassociationbaseball.tv.