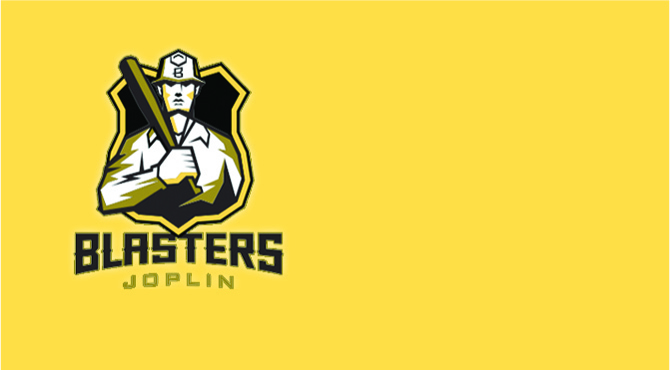 The Joplin Blasters walked off on the Grand Prairie AirHogs 3-2 when CF Oscar Mesa singled home SS Maikol Gonzalez in the bottom of the ninth inning.

With the game tied at 2, Gonzalez singled to lead off the bottom of the ninth. He then stole second and scored with Mesa singled to end the game. The Blasters took the lead earlier in the game when RF Steven Tinoco scored on a single by 2B Aaron Brill in the second inning. In the third, 3B Jairo Perez hit a solo home run to give his team a 2-0 lead.

In the fifth, C Michael Pair hit a solo shot to lead off the inning and SS Robi Estrada scored later in the inning on a double by RF Ronnie Richardson to tie the score.

Starting pitcher Stephen Bougher tossed a complete-game, three-hit shut out to pave the way for his Sioux Falls Canaries to take a 5-0 win from the Lincoln Saltdogs.

Bougher, now 5-5 on the year, used 144 pitches to finish off the game and 86 of them went for strikes. He allowed just three hits, each to a different Saltdog, and issued four walks. He sat down five batters with strikeouts. Offensively, the Canaries backed him up with five runs on 14 hits.

1B David Bergin led the way at the plate as he went 4-for-5 with three RBI. SS Jerome Pena also had a big night as he went 3-for-5 with a pair of doubles.

The Fargo-Moorhead RedHawks jumped out an 11-run lead and ended up taking an 11-4 win against the Winnipeg Goldeyes.

Both SS Zach Penprase and CF Drew Muren had four hits in the game and Penprase had two RBI and Muren had four. C Luke Bailey also had four RBI on a 2-for-4 night including a three-run home run in the fifth inning. All four of the Goldeyes’ runs came in the bottom of the ninth inning.

The Laredo Lemurs turned 12 hits into eight runs as they took care of the Amarillo Thunderheads 8-3.

Seven different Lemurs registered hits in the game and three of them had multi-hit games. RF Denis Phipps led the way as he went 4-for-5 with two RBI and two runs scored including a solo home run in the fourth inning. 2B Abel Nieves and DH Kevin Taylor each added an RBI on a pair of hits.

For the Thunderheads, who scored all three runs in the bottom of the sixth, both 2B/SS Juan Martinez and 1B Rene Leveret went 2-for-4.

The St. Paul Saints scored a run in the sixth and again in the seventh to pull away and claim a 3-1 win from the Kansas City T-Bones.

The Saints scored first when LF Ryan Lashley scored as C/RF Joey Paciorek bounced into a double play in the second. CF Robby Kuzdale tied the score in the third when he scored on a RF Starlin Rodriquez put out. In the sixth, DH Ian Gac gave the Saints the lead with a solo home run and in the seventh, CF Alonzo Harris singled home 3B Nate Hanson for an insurance run.

For the game, Harris was the only Saint to have more than one hit and for the T-Bones, Kuzdale and SS Vladamir Frias each had two hits.

All nine Wichita Wingnuts registered at least one hit in the game as they beat the Sioux City Explorers 8-1.

LF Jayce Ray had a three-hit game and was one of seven Wingnuts to record an RBI in the game. Three other Wingnuts – 3B T.J. Mittelstaedt, C Brent Dean and SS Leo Vargas – each had two hits in the game. Starting pitcher Scott Richmond, who picked up the win, allowed just one run on six hits and had seven strikeouts.

The Explorers scored their only run of the game in the fourth inning when DH Brock Kjeldaard hit a solo home run.

The New Jersey Jackals scored five runs in the top of the ninth inning to pull away from the Gary SouthShore RailCats 12-7.

For the game, the Jackals racked up 15 hits and four different batters had multi-hit games. C Tony Caldwell went 4-for-5 with four RBI and two runs scored and SS Peter Mooney went 3-for-6 with three RBI. Both 3B Jared Schlehuber and DH A.J. Kirby-Jones went 2-for-3. Schlehuber scored three times for the Jackals.

For the RailCats, four different batters had two hits in the game including CF Jon Jones who went 2-for-5 with a three-run home run in the fifth.