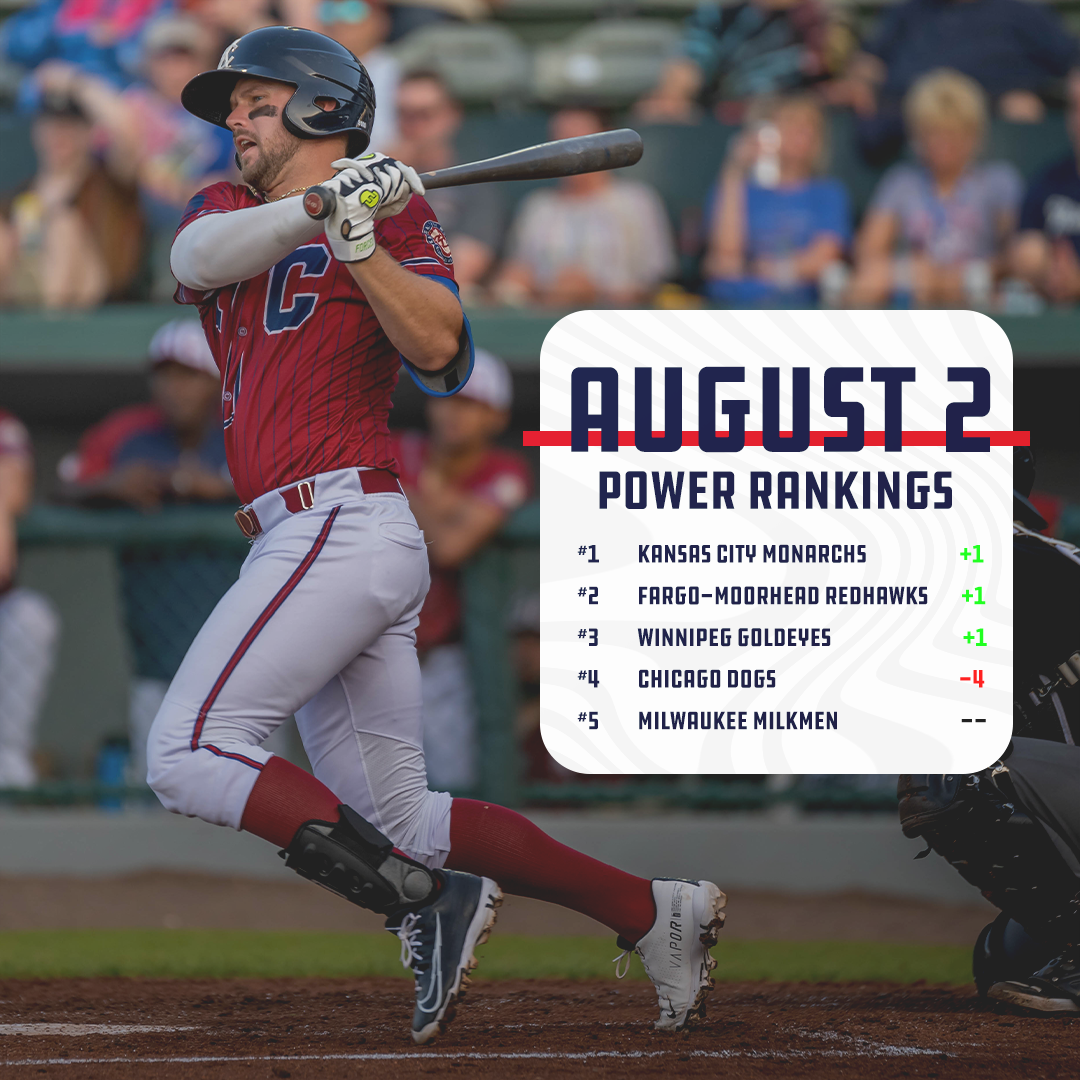 The Monarchs are back on their throne atop the power rankings after going on a six-game winning streak. Though that run ended when Kansas City lost a nail-biter to Sioux Falls on Sunday afternoon, it was enough to vault the Monarchs back into the West Division’s top spot. Home Run Derby champ David Thompson is showing he’s more than just a power hitter, posting a .458 batting average over the last week. Matt Hall continues to dazzle in his return to the Monarchs’ rotation: He hasn’t allowed more than two runs in any of his starts this year.

RedHawks fans have seen plenty of excitement this season, especially recently. Six of the RedHawks’ last nine games have been decided by two runs or fewer, including all three games in a difficult series defeat to Sioux City at home. Chris Coste’s team has thrived in tight games this season, owning a league-best 14-6 record in one-run games. One other key to the RedHawks’ success: Their hitters aren’t striking out. Fargo-Moorhead’s 7.2 strikeouts per game is second-best in the American Association, just behind Sioux City.

It’s hard to find a team in the Association that’s hotter than the Goldeyes. They’ve won five in a row and nine of their last 10, including a series win over East leaders Chicago and an emphatic home sweep of Lake Country to close the week. Max Murphy and David Washington continue to deal damage in the heart of Rick Forney’s order, with 23 and 21 homers respectively. Shortstop Raul Navarro is on a tear as well; his 21-game hitting streak is tied for the longest in the Association this season. He’s batting .419 with a .464 OBP during that stretch. Watch out.

The Dogs will look to regroup after dropping the final two games of their series in Winnipeg and taking a humbling sweep in Sioux City to close out their week. Still, there’s reason for optimism. The Dogs lost their three games to the Explorers by a combined four runs, they still have a seven-game cushion in the East Division standings, and they have a date with Lake Country coming up. The Dogs have outscored the DockHounds 64-17 in six games this season, all victories.

Anthony Barone’s team finished the week strong, winning four of their last five games and outscoring Lincoln and Kane County 36-13 along the way. Former major leaguer Miguel Gomez has made an immediate impact since making his Milkmen debut on July 22, hitting .316 with three homers, all in Milwaukee’s weekend series with Kane County. Now the Milkmen embark on a six-game homestand, looking to shrink the Dogs’ division lead.