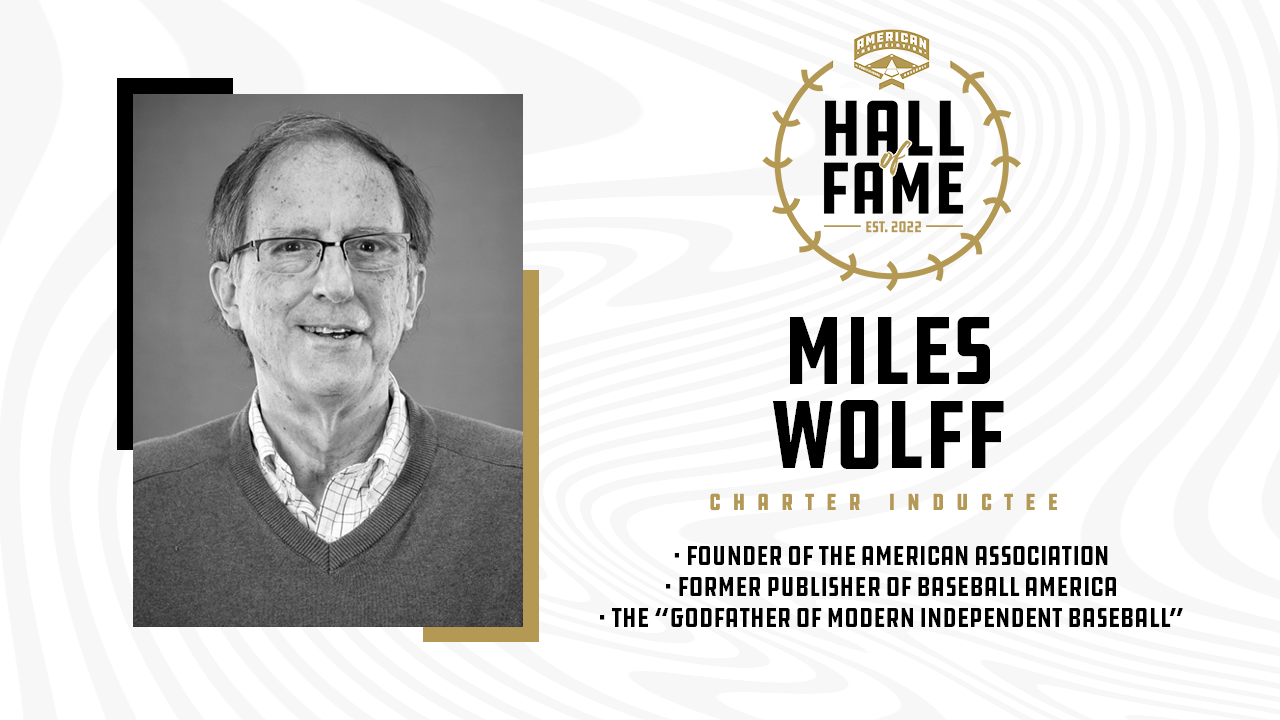 Miles Wolff, founder of the American Association and Commissioner of the circuit from 2006-2018, will be the lone inductee in the inaugural Hall of Fame class. Wolff will be formally inducted at the All-Star Game Hall of Fame luncheon on July 12 at Impact Field.

Wolff is considered the “Godfather of Independent Baseball” after resurrecting the Northern League as a non-affiliated circuit in 1993. In addition to serving as Commissioner of the American Association, he also served in that role for the Northern League (1993-2002), the Central League (2002-2005), the Northeast League (2003-2004) and the Can-Am League (2005-2018).

The American Association Hall of Fame will annually induct new members from the following categories: players, managers, coaches, owners, team executives and contributors. Clubs will formally nominate individuals for consideration and a league-wide vote will be held each year to determine the newest class of inductees.

The American Association of Professional Baseball is the premier MLB Professional Partner League with 12 member clubs located in nine states and one Canadian province. Formed in 2006, the league had 22 former players appear in a Major League Baseball game last season and features state-of-the-art facilities and locations in major American markets. For more information on the American Association, visit www.aabaseball.com or www.aabaseball.tv.