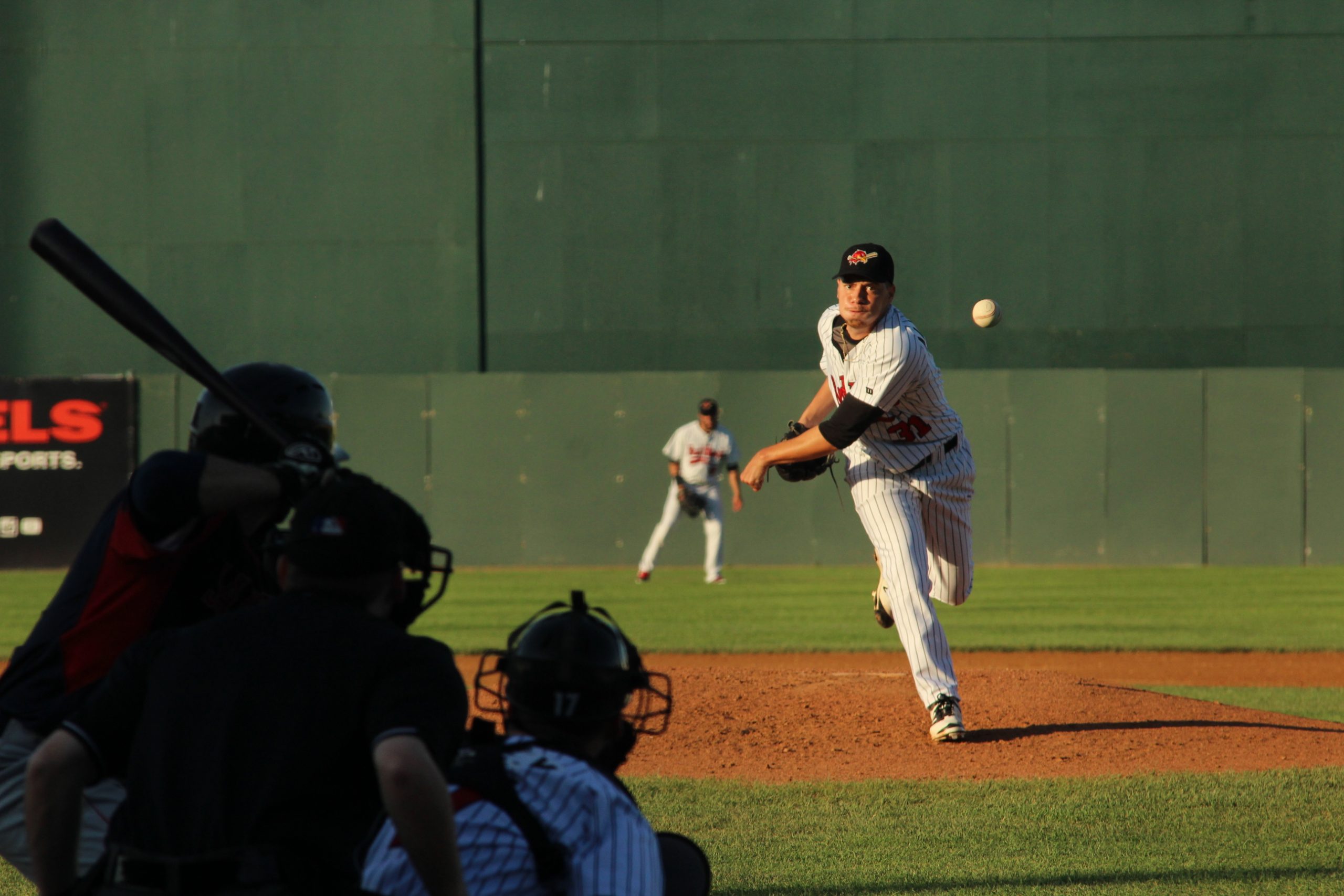 DURHAM, NC- The official statistician of the American Association, Pointstreak, has announced that Fargo-Moorhead RedHawks LHP Tyler Alexander (pictured) has been named this week’s Pointstreak Pitcher of the Week for the week ending August 14.

Alexander recorded a pair of dominant outings this past week. The 2016 American Association All-Star returned from his All-Star Game performance on Monday, facing the Wichita Wingnuts at home. Over eight shutout innings, Alexander scattered five hits and a walk, striking out 13. The RedHawks took the victory 7-2 to give Alexander the win. He took the mound again on Saturday to face the Gary SouthShore RailCats at home. Alexander tossed seven innings, allowing one run on seven hits while walking two and striking out five. Fargo-Moorhead won the game by another 7-2 final, handing Alexander his 10th win on the season.

The former Florida International University pitcher is in his second season with the RedHawks. He posted a 5-5 record with a 3.31 ERA in 21 games (14 starts) in 2015, striking out 111 in 111.1 innings. Prior to joining the RedHawks, Alexander pitched for two seasons in the Milwaukee Brewers system. He reached as high as the Class A Wisconsin Timber Rattlers in 2014. At the Class A and Rookie (Arizona League Brewers) levels in 2014, Alexander racked up 94 strikeouts in 80.1 innings.

The RedHawks open up a road series against the Sioux City Explorers on Tuesday at 7:00 p.m. Central time at Lewis & Clark Park in Sioux City, IA.