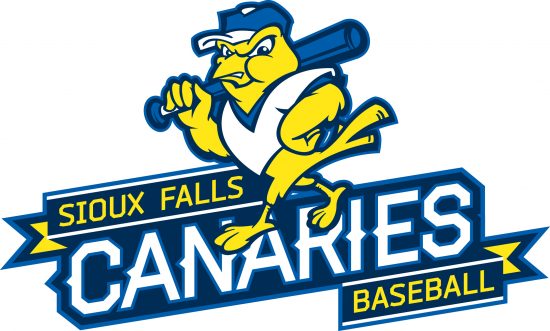 The Sioux Falls Canaries improved to 5-0 for the first time in franchise history as they knocked off the previously undefeated St. Paul Saints 3-2.

Sioux Falls opened things up in the fourth inning when 3B Blake Schmidt hit a solo home run for the first run of the game. LF Cameron Monger scored later in the innign on a 2B Frank Martinez single to push the Canaries in front 2-0. Scmidt, who went 2-for-4 in the game, added his second RBI in the sixth with a single that plated DH Chris Grayson, who also went 2-for-4.

The Saints scratched out a run in the seventh on a sacrifice fly from DH Nate Hanson and he added another RBI in the top of the ninth with an RBI double but Reliever Chase Johnson struck out the next batter to end the game and earn the save.

The Texas AirHogs opened up their home slate in 2016 in dramatic fashion as they walked off on the Fargo-Moorhead RedHawks 6-5.

The AirHogs racked up eight hits in the ball game but none bigger than Juan Sanchez’ single in the bottom of the ninth that that plated the game-winning run from second base. Sanchez bounced a ball through the middle of the infield to score Cody Lenahan.

David Russo earned the win for the AirHogs while Mike Mason was saddled with the loss in a game that lasted two hours and 55 minutes. Texas and Fargo-Moorhead will return to the field tomorrow morning at 10:05.

Reliever Josh Tols earned the win for tossing three innings of relief and allowing just one hit, a home run from Lincoln’s 3B Christian Ibarra. Tols came on Starter for Jordan Cooper, who worked the first four innings and allowed the other two Saltdog hits. Reliever Mark Haynes worked the last two innings to earn the save.

Offensively for the T-Bones, DH Steve Swingle scored when RF Tyler Massey reached on an error after Swingle doubled. Kansas City took a 2-0 lead in the fourth when Massey scored on a double from 3B Brandon Tierry and that proved to be enough.

The Winnipeg Goldeyes scored a pair of runs early to take the lead and finished things off emphatically with four more in the ninth to drop the Laredo Lemurs 6-1.

The first two runs of the game came off the bat of 1B Jacob Rogers when he belted a two-run home run. The Lemurs halved the Goldeyes’ lead in the bottom of the seventh when 3B Travis Denker lifted a lead-off solo home run but that would be the Lemurs only run of the game. Winnipeg starter Kyle Anderson earned the win by tossing 6.1 innings and allowing just the one run on seven hits while striking out three.

The Gary SouthShore RailCats picked up their first win of the young season as they doubled up the Sioux City Explorers 6-3 at Lewis and Clark Park.

The Explorers struck first with an RBI single from RF Michael Lang in the first but the RailCats moved ahead in the second inning when 1B Jeremy Hamilton scored when C Jose Gonzalez bounced into a double play and then 2B Elbert Devarie hit a ground-rule double in the next at-bat. Sioux City regained the lead with a run in the third and another in the fifth but the RailCats pulled away with a four-run rally in the seventh.

Hamilton led the way for the RailCats as he went 3-for-4 with three RBI and a pair of doubles. LF Tillman Pugh also had a solid night at the plate as he went 2-for-5. For the Explorers, Lang as well as LF Derrick Robinson and SS Nate Samson had two hits apiece.

Fans can watch American Association games live and for free at www.americanassociationbaseball.tv.