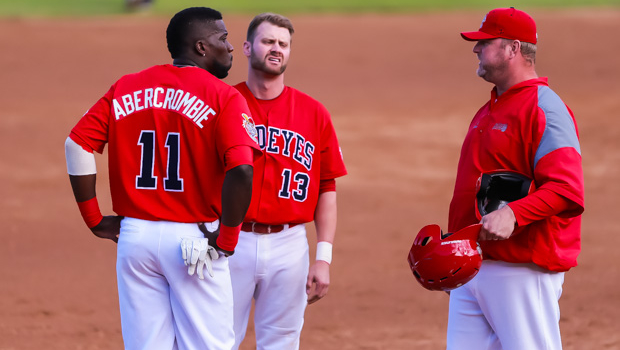 Four runs in the top of the 12th inning pushed the Winnipeg Goldeyes past the St. Paul Saints 9-6. Goldeyes’ CF Reggie Abercrombie (pictured) launched two home runs to guide the offense as he went 2-for-6 with three RBI and two runs scored. Earning the win on the mound was reliever Eric Eadington who allowed one earned run over two innings of work. For St. Paul, 1B Angelo Songco led the offense with two hits.