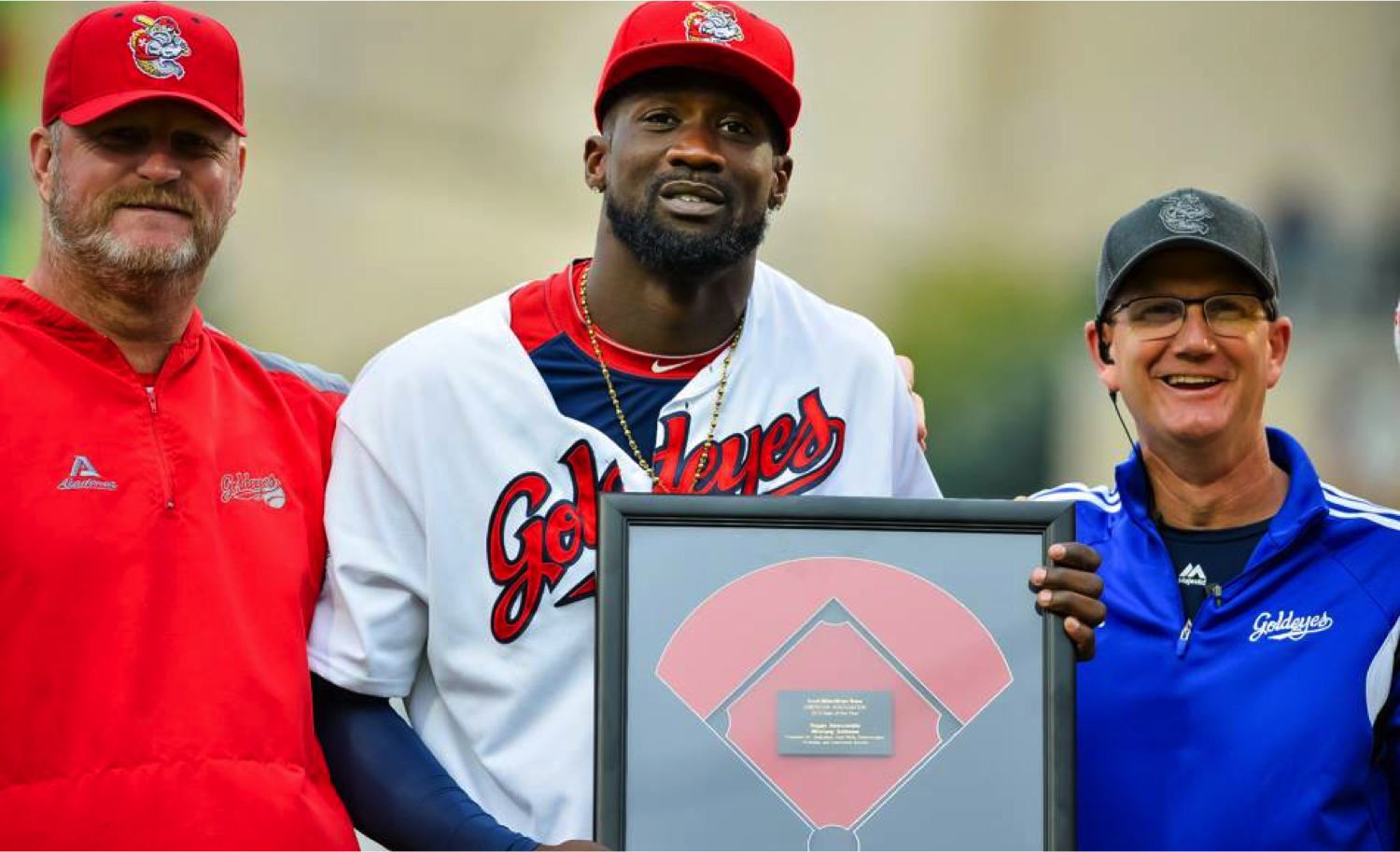 The announcement came prior to Friday’s game against the Fargo-Moorhead RedHawks.  Abercrombie was one of three finalists for the award which was voted on by the league’s field managers and media representatives.  Mark Hamburger of St. Paul and Ryan Beckman of Laredo were the other two finalists.

The award was introduced prior to the start of the 2016 season in honour of Fargo-Moorhead RedHawks’ radio broadcaster Scott Miller and Wichita Wingnuts’ bench coach Brian Rose, both of whom passed away (Miller in 2016 and Rose in 2013) following extended battles with melanoma.  The award is meant to represent what both Miller and Rose stood for: dedication to their craft, hard work and determination, kindness, and community service.

Now in his third year with the Goldeyes, Abercrombie has been a community fixture throughout Winnipeg and the surrounding areas this season.  During spring training, Abercrombie volunteered at a local McDonald’s for Winnipeg’s annual McHappy Day, which helps raise funds for the Ronald McDonald House.  The Columbus, Georgia native also served as a motivational speaker at several schools during the Goldeyes’ spring caravan.

Following a day game in June, Abercrombie traveled to Lowe Farm, Manitoba to help instruct at a youth baseball camp.  That same month, the 36-year-old former Major Leaguer participated in the Goldeyes’ annual Faith Night at the ballpark.

Abercrombie’s community involvement this season also includes a children’s hospital visit, volunteering at a seniors home on Father’s Day, and serving breakfast to the less fortunate at Agape Table.

Abercrombie routinely signs autographs following both home and road games, sometimes remaining on the field for as much as an hour after the final pitch to make sure each fan receives one.