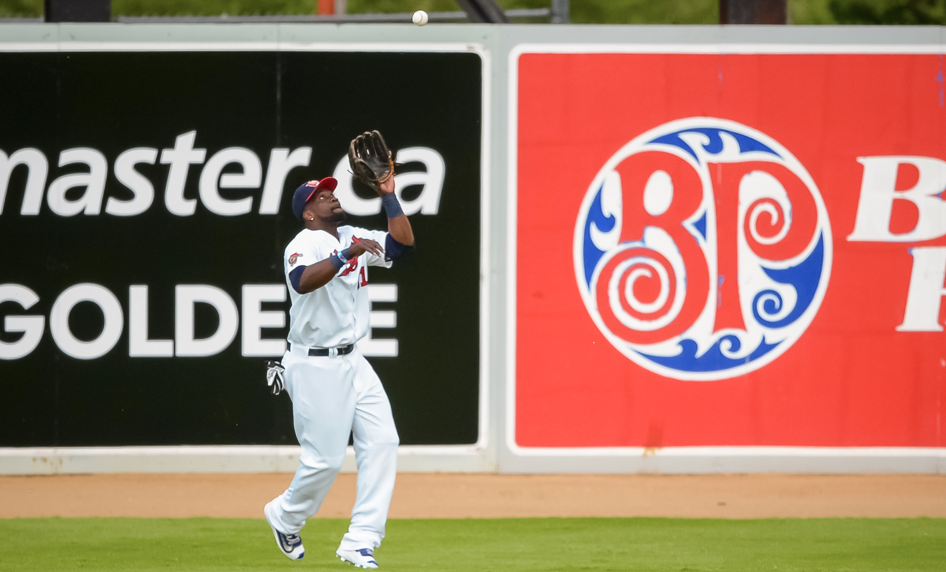 A seven run first inning by Winnipeg fueled the Goldeyes’ 14-5 victory over the Texas AirHogs. CF Reggie Abercrombie (pictured) and C Carlton Tanabe each had three hits to spark the Goldeyes’ offense that outhit the AirHogs 14-10. Earning the win on the hill was starter Kevin McGovern who threw 5.1 innings, allowing five earned runs while striking out five batters.

Texas scored four runs in the fifth inning to cut the deficit to five runs. LF Burt Reynolds blasted his league leading 13th home run of the year while four other AirHogs had two hits each.

Kansas City outhit the Wingnuts 9-6. 1B Jake Blackwood went 2-for-5, clubbing his third home run this season and was one of four T-Bones to record two hits.

A five run first inning propelled the Sioux Falls Canaries to a 10-2 victory over the Gary SouthShore RailCats. Starter Misael Siverio earned the win allowing just two earned runs over seven innings while striking out seven. For Sioux Falls, SS Blake Schmit and 1B Jake Taylor each had three hits.

Gary SouthShore scored a run in the third and sixth innings as 2B Tillman Pugh and C Jose Gonzalez both launched solo home runs.