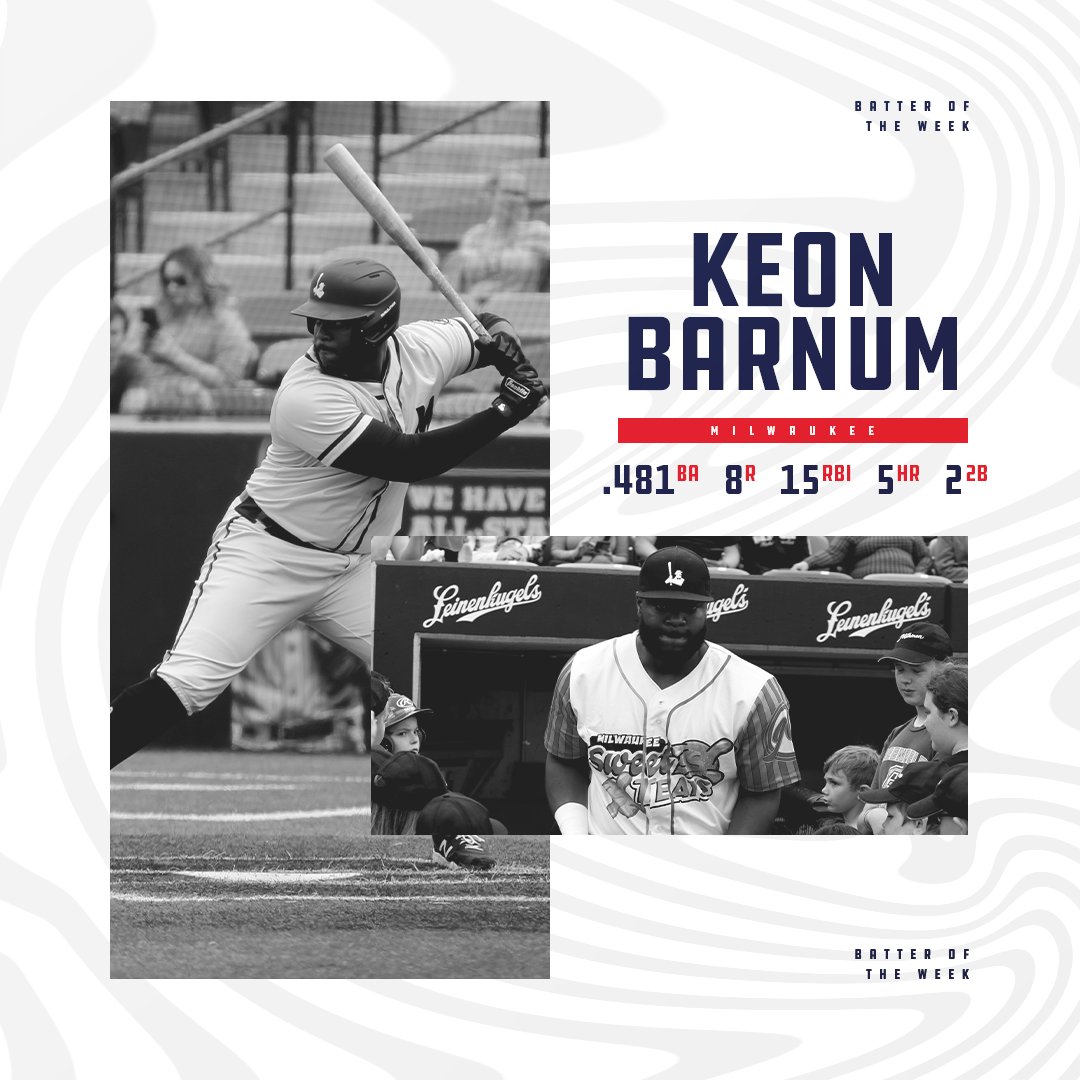 MOORHEAD, Minn. — Milwaukee Milkmen DH Keon Barnum and Lake Country DockHounds starter Angel Ventura were named the American Association’s Pointstreak Batter and Pitcher of the Week for the week ending July 24, the league announced Monday.
Barnum was a force over the week, hitting a league-best .481 and tying the Association lead with five home runs. He also drove in 15, best in the AAPB. He bookended his week with multi-homer performances, hitting two homers on Monday vs. Kansas City and blasting another pair of longballs Sunday vs. Sioux City. On the season, Barnum is hitting .290 with 19 home runs and 58 runs batted in.
A 29-year-old in his 10th pro season, 2022 is Barnum’s second year in the Association. He was named league Player of the Year in 2019, hitting a then-record 31 home runs in 98 games. He spent most of 2021 with Lexington in the Atlantic League. A former White Sox prospect, Barnum owns a .668 career OPS in seven seasons of affiliated baseball.
Ventura put together one of the best pitching performances of the AAPB season on Wednesday at home vs. Kane County. The right-hander threw a complete-game shutout, allowing just four hits and no walks while striking out seven. He needed just 106 pitches to complete the performance.
Ventura, 29, is in his 12th pro season and fourth in the Association. The DockHounds acquired him in a midseason trade with the Sioux Falls Canaries, the team he pitched with in 2021. He spent 2019 and 2020 with the Milwauke Milkmen, winning an American Association title in 2020. In the 2019 season he was one of the top starting pitchers in the AAPB, posting a 2.76 ERA over 20 starts. A former Brewers farmhand, the native of the Dominican Republic owns a 4.11 ERA in 141 affiliated appearances.
Pointstreak is the official statistician of the American Association.
0Shares