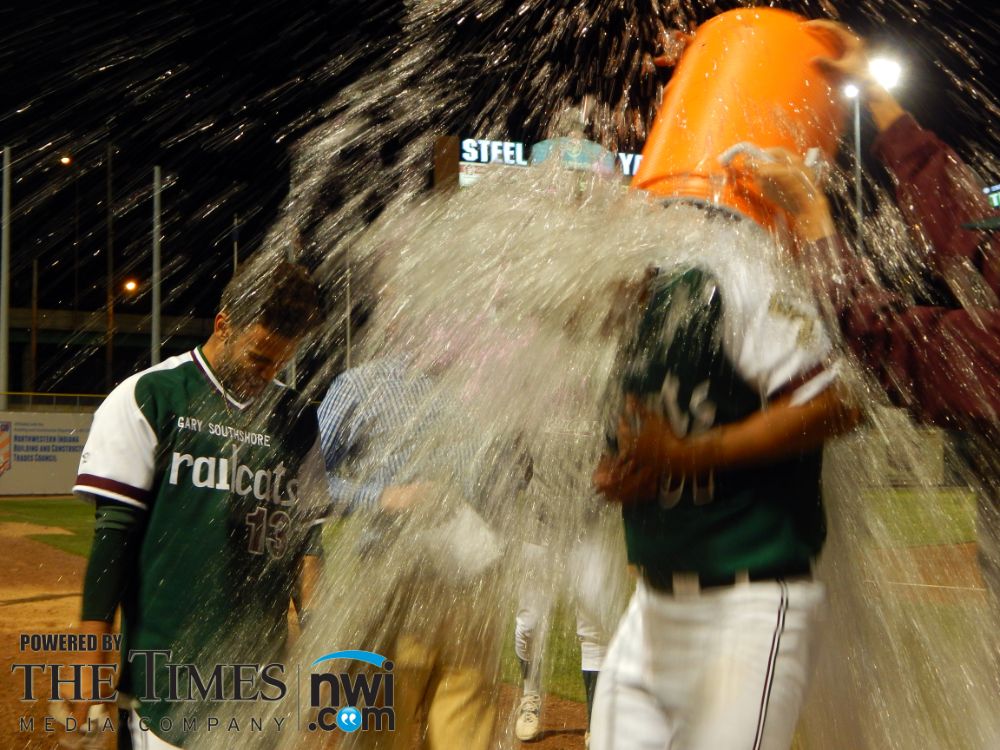 Starter Karl Triana (pictured) threw the first no-hitter of 2016 as pinch hitter Elbert Devarie’s hit a walk-off single in the bottom of the ninth to push the Gary SouthShore RailCats past the Kansas City T-Bones 1-0. Triana also struck out three hitters over nine innings to earn his second victory of the year. CF Brennan Metzger scored the game-winning run and also paced the RailCats’ offense going 2-for-4. For Kansas City, starter Jordan Cooper provided the club with a stellar outing shutting out the RailCats over six innings while striking out eight.

Trailing 2-1, the Joplin Blasters would score three runs over the final two innings to defeat the St. Paul Saints 4-3 in game one of the doubleheader. Joplin SS Cory Morales sparked the Blasters’ offense as he went 2-for-3 with an RBI. Reliever Matt Parish earned the win while starter Ryan Calby had an excellent outing allowing three earned runs over six innings. For St. Paul, CF Alonzo Harris and RF Breland Almadova each had two hits. The Saints outhit the Blasters 7-6.

Behind a ten hit offensive output, the St. Paul Saints earned their eleventh win of the year with a 5-3 victory against the Joplin Blasters in game two of the doubleheader. St. Paul’s offense found success early scoring three runs in the first inning. 3B Nate Hanson, 1B Angelo Songco and SS Tony Thomas all homered in the game to back starter Alec Crawford who collected his first victory of the year hurling five innings, surrendering three earned runs on only four hits. Reliever Ryan Rodebaugh recorded the save throwing a scoreless seventh inning. For Joplin, CF Zack Burling hit a three-run home run, his first of the year, in the fifth inning.

The Lincoln Saltdogs’ offense had success early scoring four runs over the first four innings en route to a 6-2 win over the Texas AirHogs. Lincoln 1B Rene Leveret was stellar at the plate going 3-for-3 with four RBI as the Saltdogs outhit the AirHogs 7-5. Starter Lindsey Caughel threw a complete game, giving up just two earned runs on five hits with nine strikeouts. For Texas, RF Nick Akins smacked his first home run of the year.

DH Zack Cox and 3B T.J. Mittelstaedt both hit home runs to guide the Wichita Wingnuts to a 14-5 win versus the Laredo Lemurs. Cox went 3-for-5 with five RBI and a three runs scored while Mittelstaedt went 4-for-5 with four RBI as the Wingnuts outhit the Lemurs 19-8. Starter Charlie Leesman earned the win pitching six innings, giving up three earned runs on four hits. For Laredo, 3B Travis Denker had three hits and launched two home runs to lead the Lemurs’ offense.