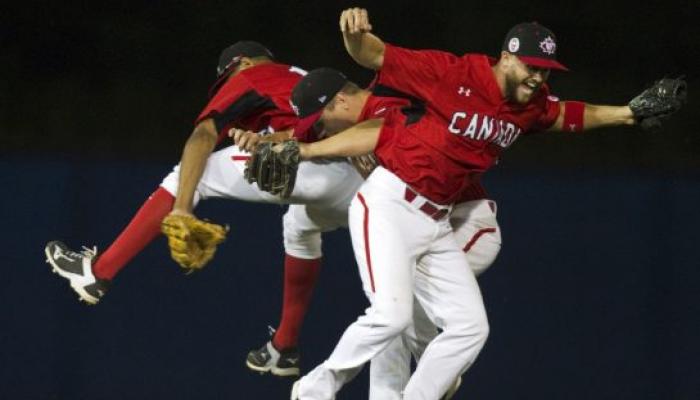 The Canadian National Team claimed a gold medal in the Men’s Baseball competition at the 2015 Pan-Am Games on Sunday. RF Rene Tosoni (Sioux City Explorers) hit a three-run blast in the fourth inning to tie the game at 3-3, and later on, Canada won 7-6 in extra innings. He finished the Gold Medal Game 2-for-3 with a run scored and three RBI. His Sioux City teammate Brock Kjeldgaard was 0-for-2 with a walk as the designated hitter.

RHP Scott Richmond (Wichita Wingnuts) also played for the Canadian team, though he did not pitch Sunday.

RHP Raul Rivera (Winnipeg Goldeyes) pitched for the Puerto Rican National Team as they lost to the Bronze Medal Game to Cuba. He was the losing pitcher, logging 2/3 of an inning in the 7-6 loss.

Previous PostDID YOU SEE THAT CATCH ON SPORTSCENTER’S TOP 10?Next PostWATTS NAMED PITCHER OF THE WEEK