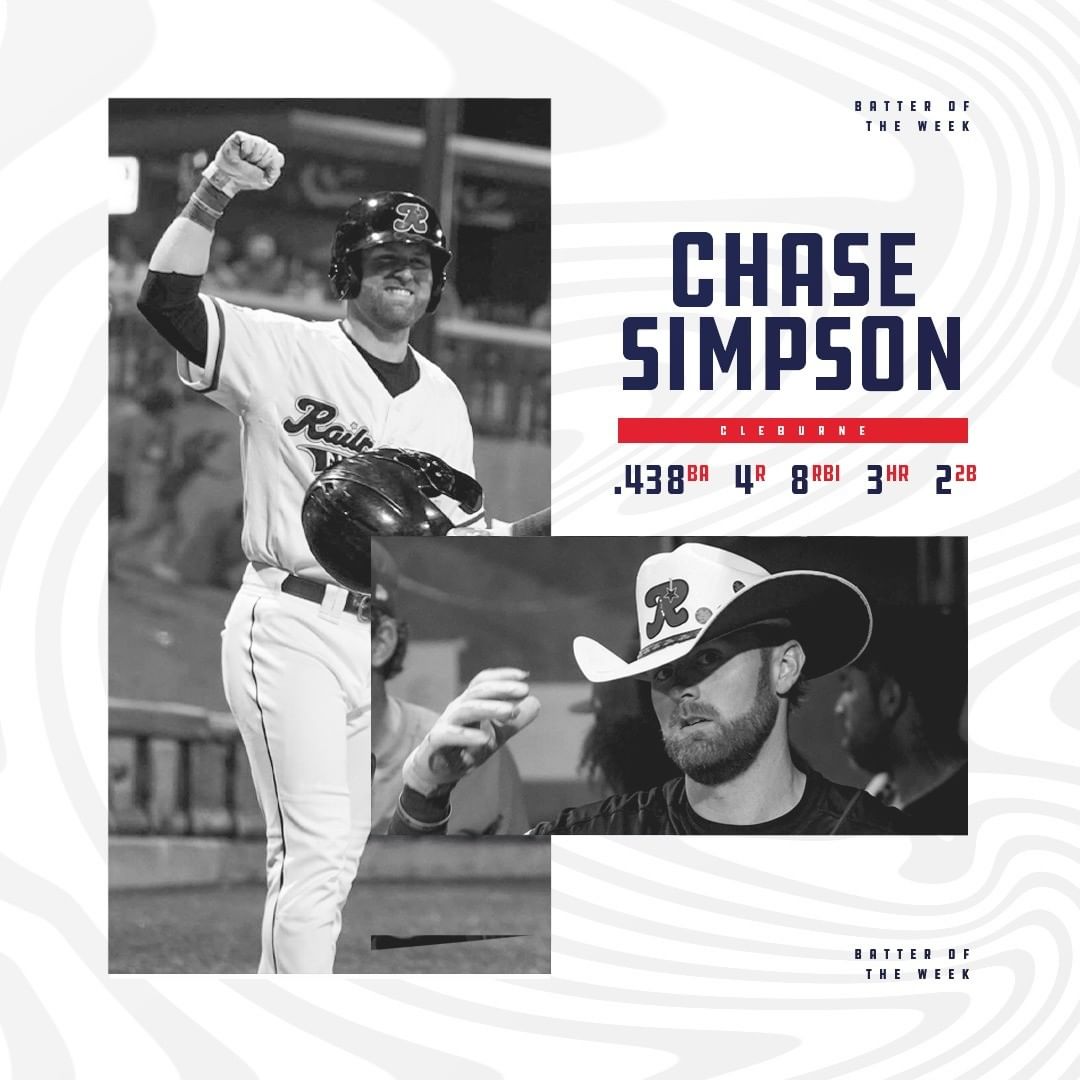 MOORHEAD, Minn. — Cleburne Railroaders third baseman Chase Simpson and Chicago Dogs reliever Joe Cavallaro were named the American Association’s Pointstreak Batter and Pitcher of the Week for the week ending July 17, the league announced Monday.
Simpson impressed during the shortened week, hitting a league-high three home runs and batting .438 over four games. He also drove in eight runs while walking three times and striking out just once. His week included a two-homer game on Thursday vs. Lincoln. Simpson’s Railroaders have won a franchise record eight games in a row, moving the team into a playoff spot.
Simpson is in his ninth pro season, his fifth in the American Association and his fourth with the Railroaders. A 14th-round draft pick by the Pittsburgh Pirates out of Wichita State University, Simpson made his AAPB debut with Lincoln in 2018. He’s the Railroaders’ all-time leader in home runs (48), RBI (209) and games played (270). For the full season he sports a .316 average, 15 home runs and 46 RBIs.
A lockdown reliever for the Dogs, Cavallaro made two appearances in the short week, allowing only one hit and no runs through 4.2 combined innings. He also put together one of the best appearances at the American Association All-Star Game, striking out all three hitters he faced in the fifth inning. His 2.62 season ERA is second-best on the Dogs.
A sinker-slider specialist, Cavallaro is in his seventh season as a pro. He spent 2021 in the New York Mets’ farm system, between four different teams. A Sarasota High School graduate, he was originally drafted in the 24th round out of the University of South Florida. He owns a 3.32 ERA over 77 Minor League appearances, 35 of them starts.
Pointstreak is the official statistician of the American Association.
0Shares