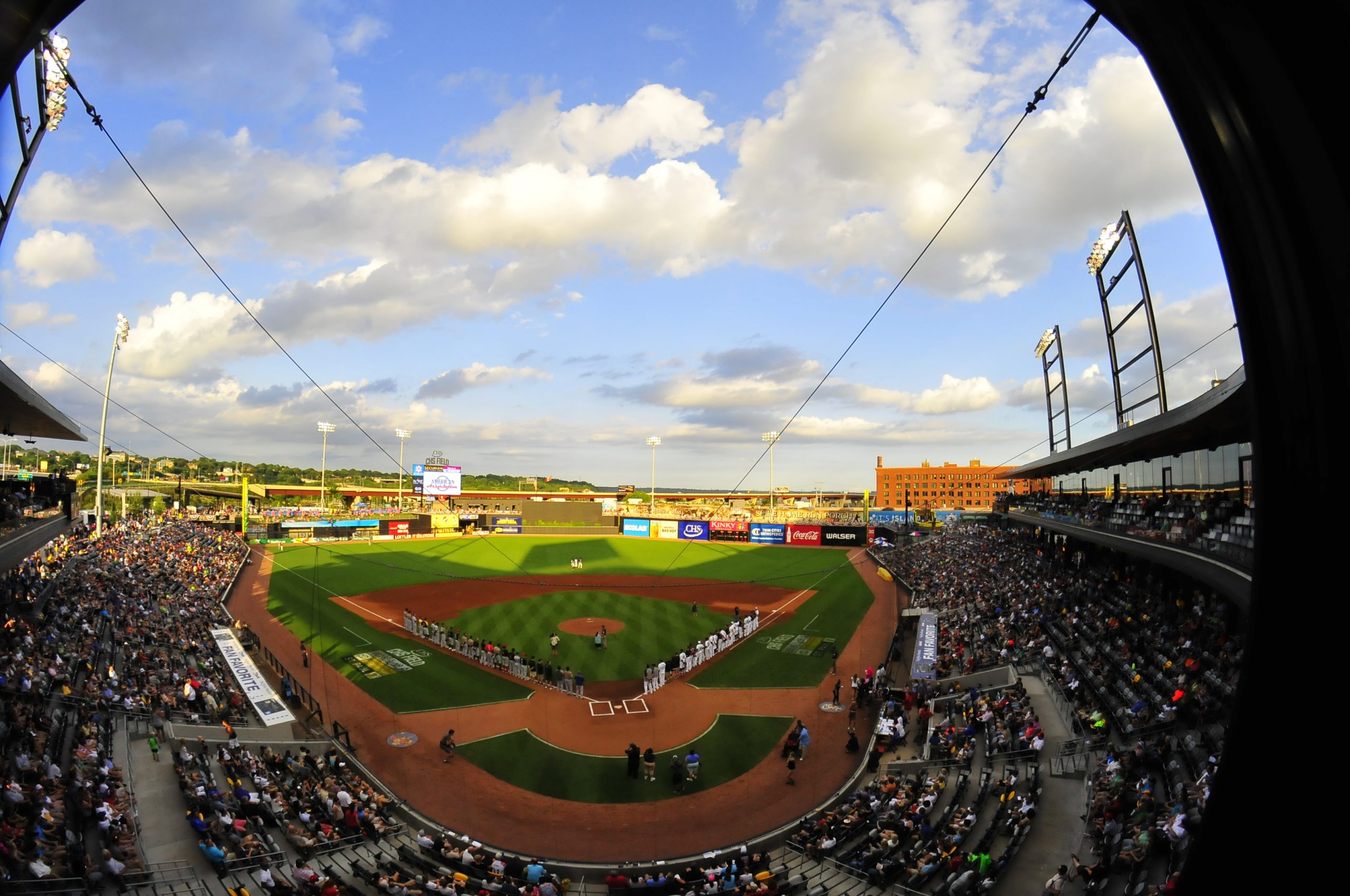 The North All-Stars raced out to a 3-0 lead after an inning and never looked back, taking a 6-1 win in the 2016 American Association All-Star Game at CHS Field in St. Paul, Minnesota. A crowd of 8,015 saw 1B David Rohm of the Winnipeg Goldeyes bring home MVP honors following a 2-for-4, two-RBI performance for the North team.

LF Alonzo Harris (St. Paul) led off the first inning for the North with a walk, and went to third on a single by SS Nate Samson (Sioux City). RF Keury De La Cruz (Fargo-Moorhead) walked to load the bases, and DH Curt Smith (Lincoln) was hit by a pitch to score the game’s first run. After two strikeouts, Rohm stepped up and laced a two-RBI double to left to push the lead to 3-0.

In the fourth, the North extended their lead with two more runs. After LF Willie Cabrera (Winnipeg) walked, Rohm singled to push Cabrera to third. Rohm stole second, and a single by C Jose Gonzalez (Gary SouthShore) drove in Cabrera. Harris followed with a walk, and a Samson single drove in Rohm.

The South’s lone run came in the sixth. LF Burt Reynolds (Texas) led off with a single, while 1B Art Charles (New Jersey) and RF Denis Phipps (Laredo) followed with singles of their own to load the bases. After an out, 1B Devon Rodriguez (Texas) singled home Reynolds. However, RHP Rob Wort (Sioux City) was able to wiggle out of trouble without allowing another run.

2B Blake Schmit (Sioux Falls) was a substitute for the North team, but stole the show with a diving catch to take away a hit from Laredo SS Alvaro Rondon in the seventh. Schmit then proceeded to score the North’s final run in the eighth, as he doubled and was doubled home by C Luis Alen (Lincoln).

RHP Ryan Rodebaugh (St. Paul) retired the side in order in the ninth to preserve the win.

Samson, Rohm and Alen had two hits apiece for the North, while Phipps and SS Junior Arrojo (Rockland) collected two hits for the South. Hamburger was credited with the win following a scoreless first inning, while RHP Ryan Beckman (Laredo) was saddled with the loss after tossing the first.