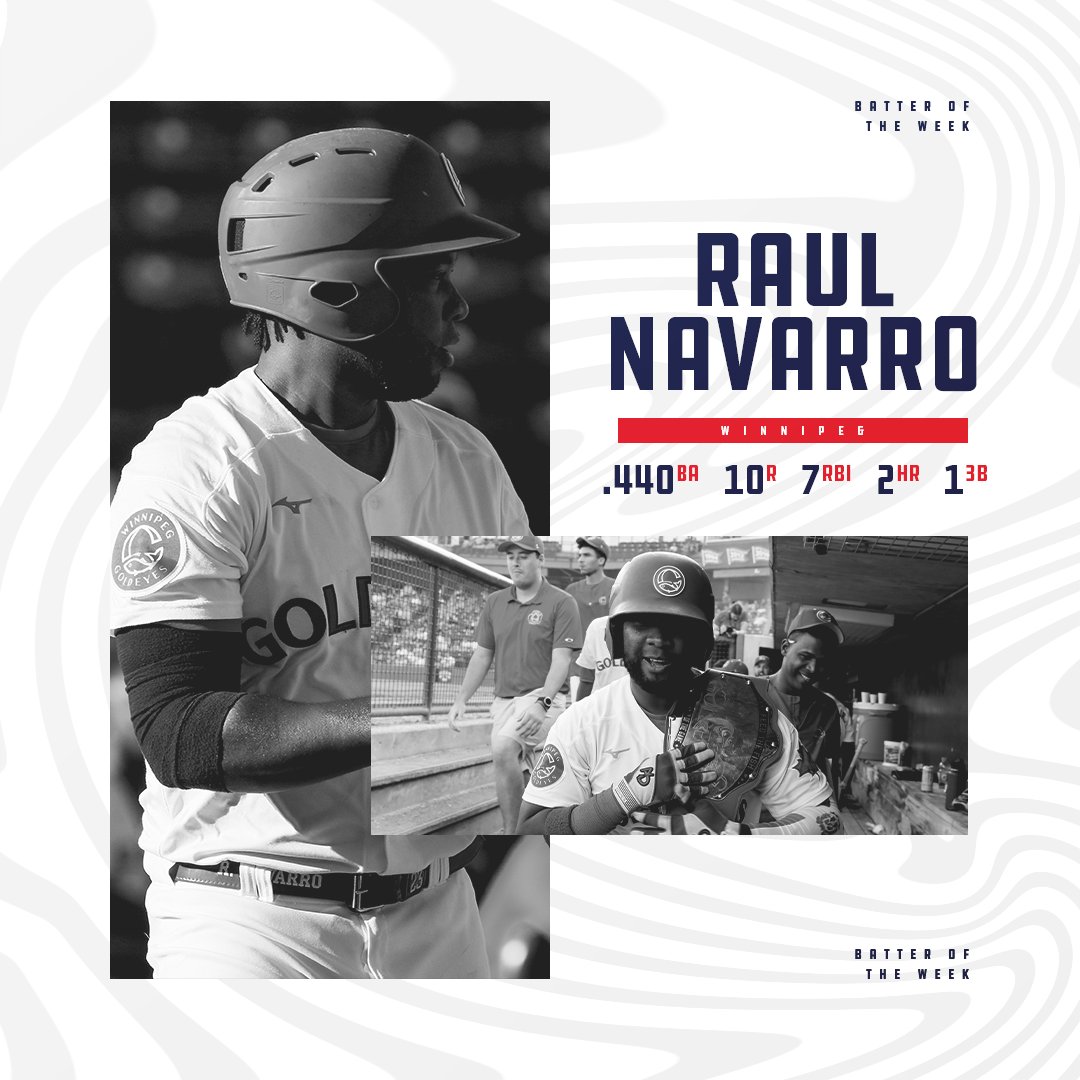 MOORHEAD, Minn. — Winnipeg Goldeyes infielder Raul Navarro and Fargo-Moorhead RedHawks starter Tyler Grauer have been named the American Association’s Pointstreak Batter and Pitcher of the Week for the week ending August 28, the league announced Monday.
Navarro earned a sparkling .440 batting average over seven games during the week, hitting two home runs and collecting seven RBIs. He also drew five walks and stole two bases. The Goldeyes’ leadoff hitter kicked off the week with an electric series in Kansas City, going 8-for-16 with a homer and 3 RBIs. On the season, Navarro is hitting .337 with 6 home runs, 50 RBIs, and 17 stolen bases.
Navarro, 30, is in his 11th year as a pro and second with the Goldeyes. The native of the Dominican Republic hit .310/.393/.419 with 20 stolen bases in 88 games with Winnipeg in 2021. He spent seven years in the Arizona Diamondbacks to start his pro career from 2009 to 2015. He made it as high as Triple-A in Arizona’s system. He has also played parts of two seasons in the Pacific Association, recording a 1.005 OPS with San Rafael in 2019.
Grauer was brilliant in his only start of the week for the RedHawks on Wednesday. The 25-year-old left-hander threw eight shutout innings, allowing six hits and only one walk while striking out eight. The performance was his third win in as many starts, having allowed just three runs in 21 innings of work over that span.
A Rookie-class player in his second year of pro baseball, Grauer joined the RedHawks in 2021 out of Indiana State University. He impressed out of the bullpen, posting a 1.92 ERA in nine appearances during the regular season and helping the RedHawks to a Wolff Cup Finals berth. He moved to the rotation for 2022, and sports a 10-3 record and 3.04 ERA on the season.
Pointstreak is the official statistician of the American Association.
0Shares