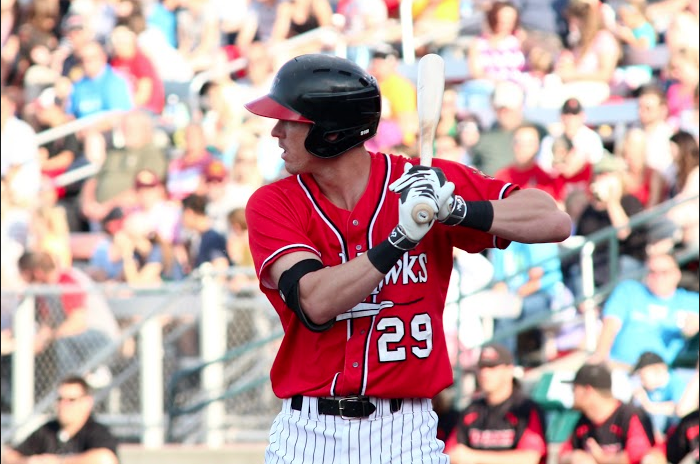 Muren was honored with the Pointstreak Player of the Week for the week ending August 16, a week in which he went 14-for-30 (.467) for the RedHawks, collecting five doubles, a home run and five RBI. Over the course of the week, he had four multi-hit games, a sample of the 10 that he recorded this month. Muren was 3-for-5 with two doubles and an RBI on August 11 against the Gary SouthShore RailCats in a 5-4 win. Just a few days later on August 14, Muren went 4-for-6 with two runs scored in a 12-9 slugfest win over the Winnipeg Goldeyes. On August 20, Muren had another three-hit game in a 3-2 win over the Lincoln Saltdogs. He collected a triple, an RBI and a run scored in the contest. His second four-hit game came on August 29 in an 11-4 win over Winnipeg. Muren was 4-for-6 with four RBI and a run scored in the effort.

Muren closed August with 11 doubles, two triples, a home run and 17 RBI. He is now batting .280 on the season with 20 doubles, three triples and four home runs. Muren now has 39 RBI on the year.

He played with both the Gary SouthShore RailCats and the Sioux Falls Canaries in 2014, hitting a combined .282 with 21 doubles, four triples, eight home runs and 39 RBI. Before his time in independent ball, Muren spent three seasons in the Houston Astros system. He reached as high as the Class AA Corpus Christi Hooks, where he played 33 games in 2012 and 93 in 2013. Muren’s highest average came in 2012, when he hit .291 over 102 games.

The RedHawks open a home interleague series with the New Jersey Jackals tonight at 7:02 p.m. Central time at Newman Outdoor Field. The series is available live and for free at www.americanassociationbaseball.tv.