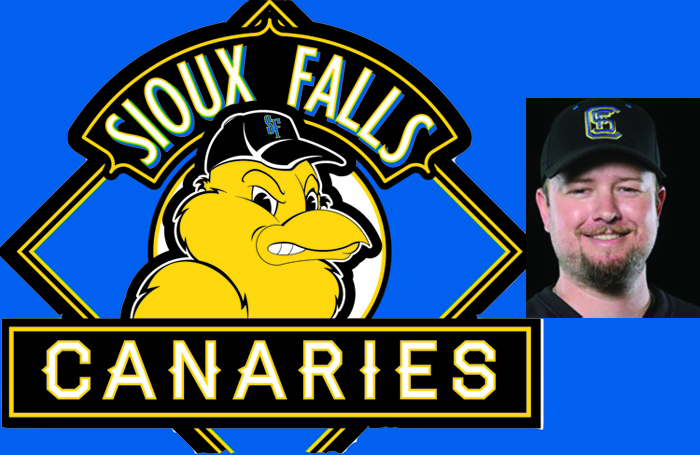 An outstanding pitching performance by all-time wins leader Ben Moore leads the Sioux Falls Canaries to an 8-0 victory over the Sioux City Explorers. Moore tossed a complete game shutout allowing a walk and three hits with seven strikeouts. This is his third complete game of the season, which is tops in the American Association. Sioux Falls CF Nick Van Stratten went 3-for-4 at the plate with two runs scored and a run batted in while DH Tim Pahuta chipped in with three hits of his own along with three RBI. Three other Canaries had two-hit nights including 3B Jared Clark who had a 2-for-2 night with two runs scored and two RBI.

A sensational pitching performance by St. Paul starter Mark Hamburger leads the Saints to a 2-0 win over the Grand Prairie AirHogs. Hamburger went the distance allowing only one walk and six hits while fanning 11 batters in a 112 pitch outing. The resident of Shoreview, MN improved his record to 3-2 on the season. St. Paul scored their first run in the sixth inning on a RBI single by LF Willie Cabrera and their other run in the seventh on a solo home run by 1B Ole Sheldon.

Five Wichita pitchers combined on a two-hit shutout as the Wingnuts beat the Kansas City T-Bones, 1-0.  Wichita starting pitcher Ryan Scols went the first five innings giving up only one hit while striking out a batter. The four relievers of Daniel Bennett, Nick Walters, Lincoln Holdzkom and Josh Dew went the rest of the way allowing only one hit and fanning six Kansas City hitters. Scols notched the victory while Dew collected the save. The only run of the game was in the first inning on a RBI double by DH John Rodriguez. Rodriguez was a perfect 4-for-4 at the plate.

The Quebec Capitales of the Can-Am League scored early and often in this game as they jumped out to a 7-1 lead after just three innings and would cruise from there to a 10-1 win over the Winnipeg Goldeyes. Quebec 2B Jonathan Malo played a big role in getting the early lead as he launched a grand slam as part of the five-run second inning. He finished the game1-for-5. Capitales 1B Rene Leveret went 2-for-4 with two runs scored and a RBI while 3B Maxime Lefevre had two hits in three at-bats along with scoring a run and driving in one. Quebec starting pitcher Karl Gelinas notched his league lead tying sixth win of the season. Gelinas allowed an earned run on three hits in six innings pitched.

Centerfielder Dan Carroll scored the go ahead run in the bottom of the eighth inning for Lincoln as the Saltdogs edged past the Amarillo Sox by the score of 3-2. Carroll plated two of Lincoln’s runs in the game and went 1-for-3. Saltdogs DH Brian Wuest and RF Jon Gaston each had two hits on the night with Wuest driving in a run and Gaston scoring a run. Lincoln starting pitcher Mike Burns tossed eight sharp innings en route to his third win of the season. Burns allowed just two earned runs and struck out six Amarillo batters. For the Sox in defeat, RF Joe Weik hit his second home run of the year in a 2-for-3 game.

Gary SouthShore took control of this game in the middle innings as they plated three runs in each of the fourth and fifth innings to take a 6-0 lead and would roll to victory by the score of 8-1 over the Fargo-Moorhead RedHawks. Gary SouthShore collected 13 hits in the game with five of the batters having multi-hit nights.  RailCats 3B Brian Kolb went 2-for-4 with a double and two runs scored while C Ryan Babineau had two-hits in four at-bats with a run scored and two RBI. Gary SouthShore starting pitcher Ari Ronick notched his fifth win of the season. Ronick gave up an earned run on three hits in 7 1/3 innings pitched.

Laredo won this one in walkoff fashion as SS Jimmy Mojica scored the game winning run on a wild pitch in the bottom of the ninth inning and gave the Lemurs a 5-4 victory over the El Paso Diablos. Mojica finished the game 2-for-5. Laredo DH John Alonso and C Brian Peterson both had two hits on the night with Alonso collecting two RBI and Peterson plating a run. Lemurs reliever Mark Haynes picked up the victory after tossing a scoreless ninth inning and fanning three batters. For El Paso in defeat, LF Oscar Mesa went 2-for-3 with a triple and two runs scored.