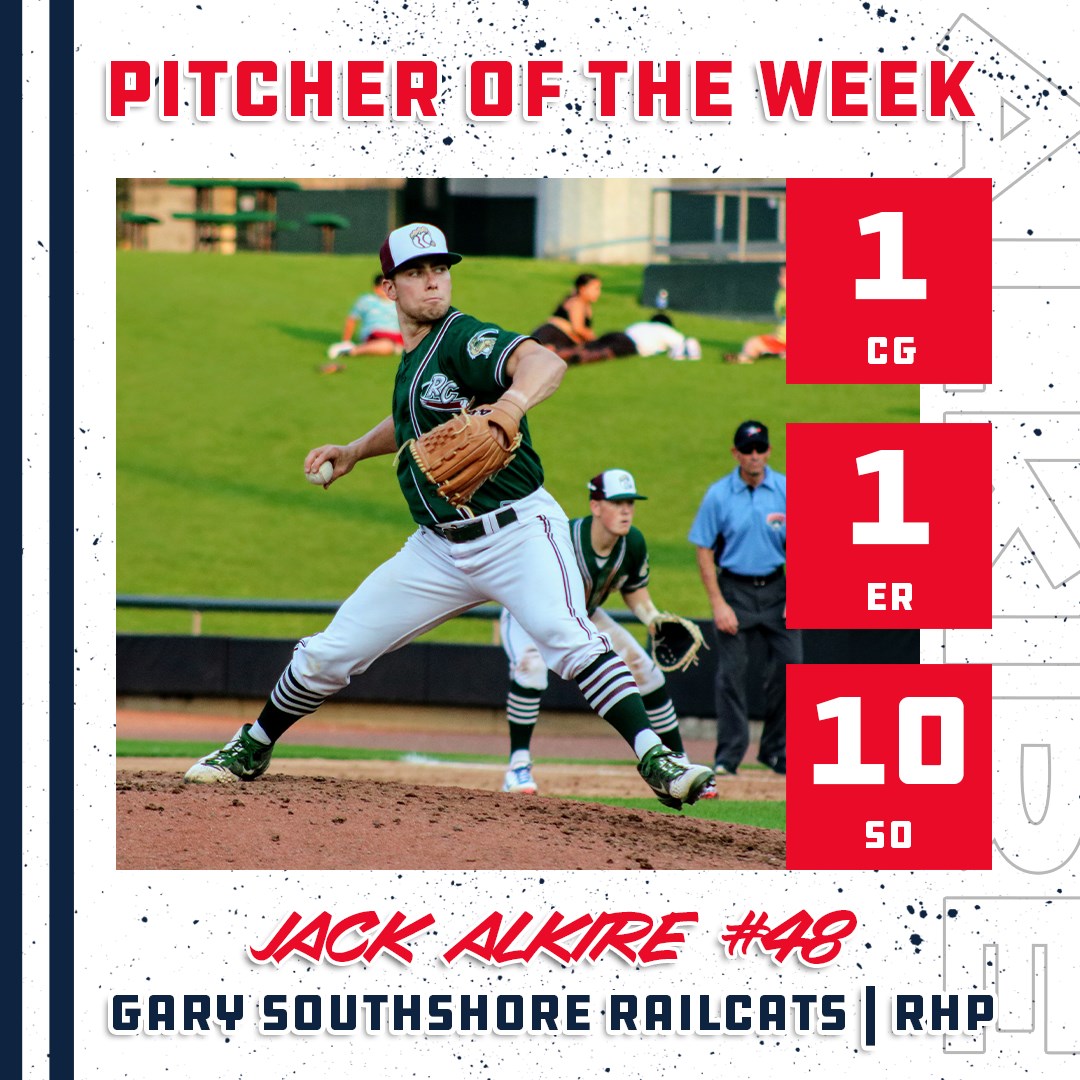 McCullough was everywhere in a busy week for the Monarchs. Over eight games, the 23-year-old hit .478 (15-for-32) with two home runs, nine RBIs, and two stolen bases. He kicked off the week in style, going 4-for-5 with a pair of RBIs in Kansas City’s July 26 win over the Houston Apollos.

A native of Seattle Washington, McCullough was drafted in the 22nd round by the Los Angeles Angels in 2019 out of the University of Alabama. He notched 60 games of minor-league experience that year before making his Association debut in 2021. He owns a .338/.422/.523 slash line for the full season over 48 games with the Monarchs.

Alkire earned his honor with a complete-game performance July 27 against the Cleburne Railroaders. The right-hander allowed just one run on three hits over his nine innings, walking one and striking out 10 in the RailCats’ 7-1 win. It was his sixth start of at least six innings in his last seven appearances.

2021 is Alkire’s third season in the American Association. He joined the RailCats in 2019 out of Virginia Commonwealth University. Pitching out of the bullpen, he recorded a 3.71 ERA in 22 appearances. He made two appearances for the Milwaukee Milkmen in their 2020 championship season without allowing a run.