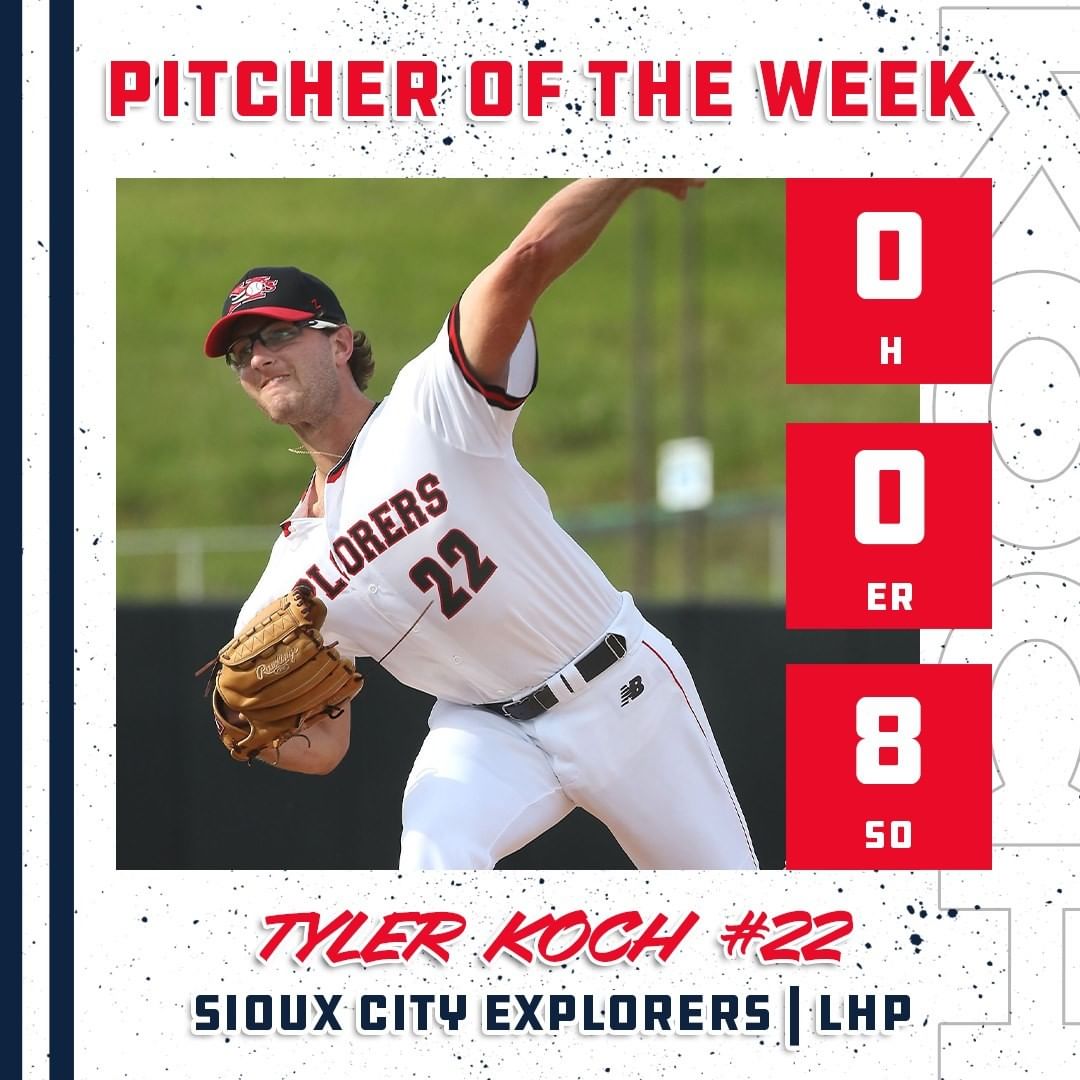 MOORHEAD, MN — Chicago Dogs outfielder Danny Mars and Sioux City left-hander Tyler Koch have been named the American Association’s Pointstreak Batter and Pitcher of the Week for the period running from August 30 to September 7, the league announced Tuesday.

Koch made American Association history in his most recent start, a seven-inning no-hitter against the Sioux Falls Canaries. Taking the ball for just his third pro start in the second game of a doubleheader, the true rookie out of Georgia State University struck out eight and walked six in a 132-pitch performance. It was the longest outing and first win of his pro career. Koch’s gem is the 10th no-hitter in Association history, and seventh carried out by just one pitcher.

Mars finished the regular season on a seven-game hitting streak, recording a .486 batting average and nine RBIs over that span. He notched back-to-back three-hit games over the Dogs’ final two contests of the season against Kane County.

Mars is in his first year with Chicago and second in the American Association. He hit .280 with four home runs and 35 RBIs with Kansas City in 2019, his last professional season in the United States. A sixth-round draft pick by the Boston Red Sox in 2014, Mars has made it as high as Double-A in the Red Sox system, as recently as 2018.