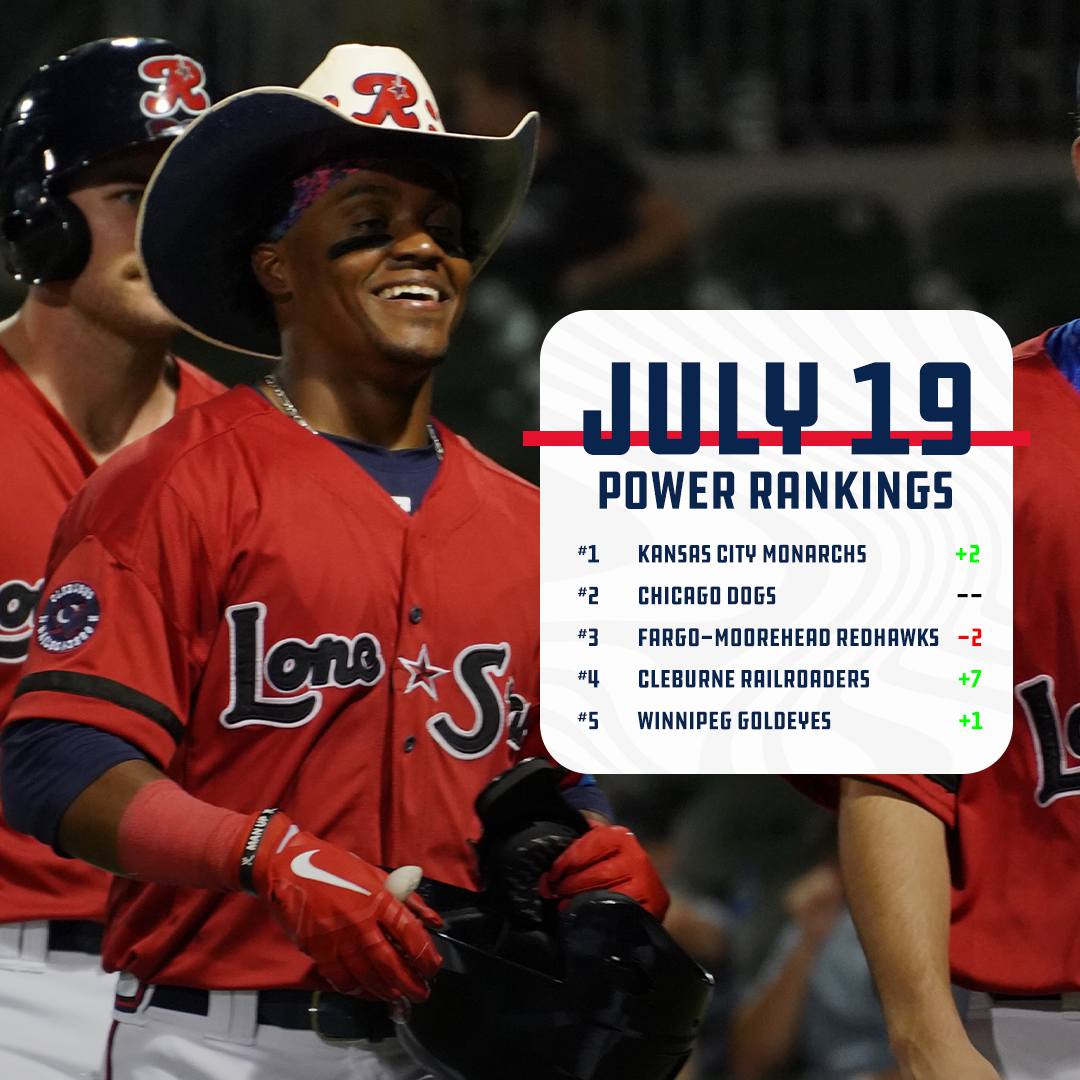 The Monarchs achieved a measure of revenge heading into the All-Star break, taking two out of three from a Cleburne team that had won three out of four in KC the week before. Then, the Monarchs descended on Chicago, sending eight players to the All-Star festivities including Home Run Derby champion David Thompson. They’ve also had a pair of huge roster changes: Former Major Leaguer Matt Hall is back with the team after a brief stint in affiliated baseball, bringing his 1.05 ERA back to Kansas City’s rotation. On the other side, former AAPB Finals MVP Gaby Guerrero announced his retirement following the All-Star Game, leaving the Monarchs without a key lineup cog and important clubhouse presence.

The Dogs are coming off one of their biggest series wins of the year, taking three out of four from Fargo-Moorhead on the road in a matchup of division leaders. As usual, it was a balanced effort. Michael Crouse and KC Hobson are hitting .500 since the break, with Crouse going 5-for-5 with three steals in a series-clinching win in Fargo on Sunday. On the bump, reliever Joe Cavallaro earned Pointstreak Pitcher of the Week honors, though his All-Star Game stint was arguably more impressive. The right-hander faced John Silviano, Jan Hernandez and Matt Adams — and struck them all out.

Chicago’s pitching was able to quiet the RedHawks’ loaded lineup over the weekend, holding a team that averages over six runs per game to just three per contest. They’re also without one of their top performers. Drew Ward, an All-Star starter at DH who ranked second in the league in WAR at the All-Star break per Steve Schuster, couldn’t make the trip to Chicago after suffering an injury in Sioux Falls the weekend before. Still, the RedHawks remain a formidable team. Two of their starters, Kevin McGovern and Tyler Grauer, were 1-2 on Schuster’s WAR rankings at the break. They also have two more series with Chicago before the season ends.

It may not be an exaggeration to say the Railroaders are as hot as they’ve ever been in club history. The Railroaders blew out Lincoln 25-3 on Sunday, extending their club-record winning streak to eight games. Third baseman Chase Simpson earned Pointstreak Batter of the Week honors after hitting three homers in four games out of the All-Star break.

A slow start to the season appears to be in the rear-view mirror for the Roaders, who have already played their way into playoff position.

The Goldeyes continue to love the longball. Winnipeg is second in the Association in home runs, behind only the Kansas City juggernaut. Slugger Max Murphy hit five home runs in four games across the All-Star break, bringing him to an eye-popping 19 on the season. Closer Tasker Strobel continues to be reliable, lowering his ERA to 2.61 to go with his 15 saves (second-most in the Association). Up next for Rick Forney’s team: a trip to Impact Field to take on the Dogs.