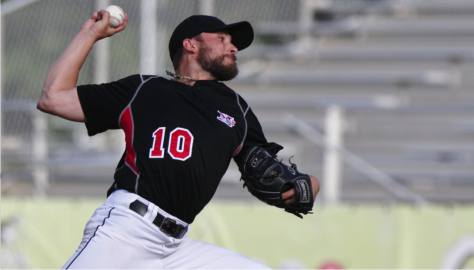 DURHAM, NC- The official statistician of the American Association, Pointstreak, has announced that Sioux City Explorers RHP Patrick Johnson (pictured) has been named this week’s Pointstreak Pitcher of the Week for the week ending June 22.

Johnson started a pair of games for the Explorers this week, and went 1-0 with the team winning both. On Tuesday, Johnson toed the rubber at the Kansas City T-Bones and allowed only one hit over seven innings of work. He struck out five T-Bones en route to earning his third win of the season, with Sioux City winning 4-0. Johnson’s second start of the week was on Sunday at home against Sioux Falls. In seven and 2/3 innings, Johnson recorded five more strikeouts and allowed only one earned run as he picked up a no decision. The Explorers would go on to win the game by a final score of 3-2.

On the year, Johnson is 3-1 with a 2.57 ERA in 10 games, six of them starts. The Conover, North Carolina resident has 41 strikeouts in 42 innings. Johnson is in his first season of independent baseball after three seasons with the Colorado Rockies organization. He played collegiately at the University of North Carolina and appeared in the 2011 College World Series.

The Explorers open a four-game interleague home series with the Can-Am League’s Rockland Boulders on Monday evening at 7:05 p.m. Central time at Lewis and Clark Park in Sioux City.