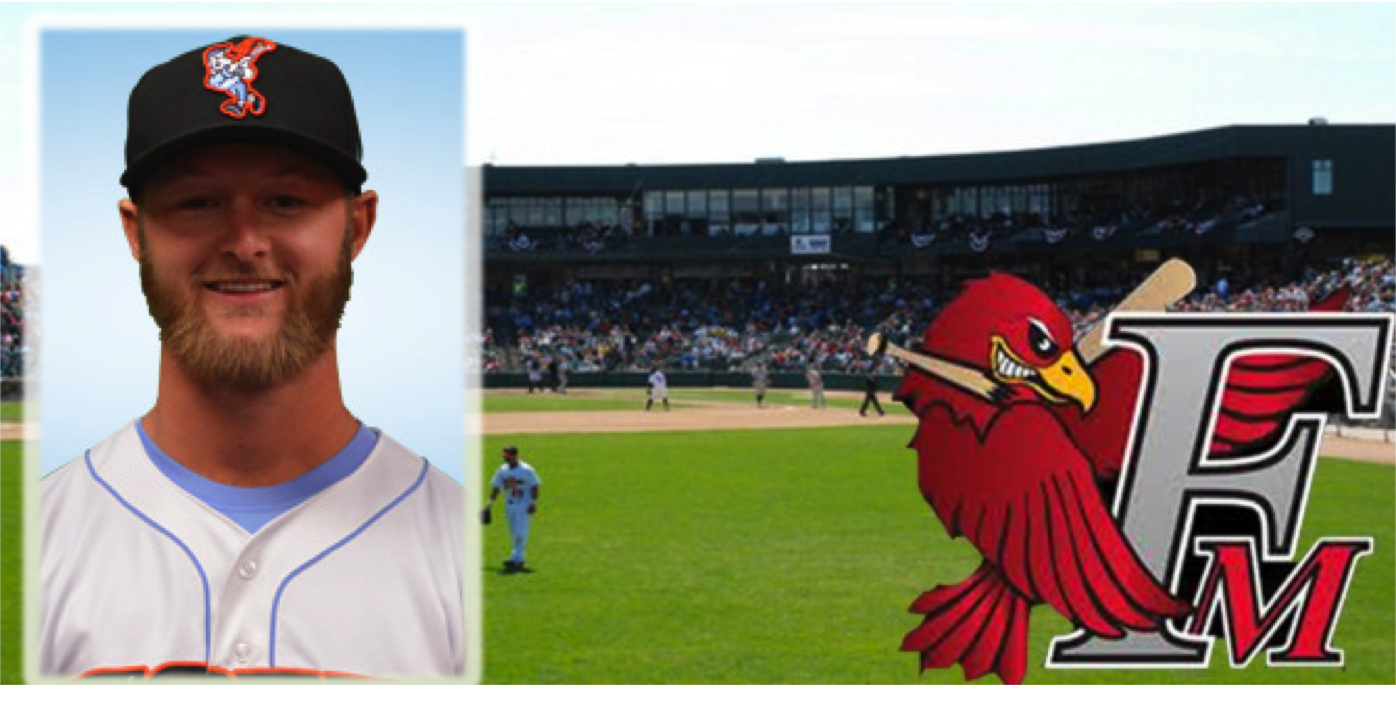 After less than a week in a Fargo-Moorhead RedHawks uniform, catcher Zach Wright is headed back to affiliated baseball. Wright’s contract was purchased by the Washington Nationals, who will assign him to the Class AAA Syracuse Chiefs. Syracuse begins a home series with the Rochester Red Wings on Friday with at 5:05 p.m. doubleheader.

The Goldsboro, N.C. resident came to the American Association from the Los Angeles Angels system, where he played for parts of four seasons. Most recently, Wright was with the Class AA Arkansas Travelers in the Texas League for the 2015 season.

He spent all of 2014 with the Class A Advanced Inland Empire 66ers of the California League. Wright batted .243 with 11 doubles, two triples, nine home runs and 43 RBI. 2014 was Wright’s second stint in Inland Empire, as he split 2013 between there and the Class A Burlington Bees in the Midwest League. That season, Wright hit .262 with 18 doubles, a triple, six home runs and 42 RBI in 98 games.

Wright made his professional debut in 2012 with the Cedar Rapids Kernels of the Midwest League, where he played in 52 games and hit .268 with seven doubles, a triple, six home runs and 23 RBI.

He was a 12th round selection of the Angels in 2012 from East Carolina University, where he was an All-America and Johnny Bench Award candidate. Wright was picked first-team preseason all-Conference USA before his senior season, a year in which he hit .294 with 12 doubles, five home runs and 39 RBI. Wright was named to the postseason all-Conference USA second team. Overall, Wright finished his ECU career as a .279 hitter with 176 hits, 38 doubles, three triples 35 home runs and 133 RBI.

Wright is the fourth American Association player sold this season, the first from Fargo. The last RedHawk to be sold was INF Erik Castro, who went to the Atlanta Braves in August 2014.

Fargo-Moorhead begins a home interleague series on Friday at 7:02 p.m. Central time against the Ottawa Champions of the Can-Am League. That series, like each RedHawks home game, is available live and for free at www.americanassociationbaseball.tv.