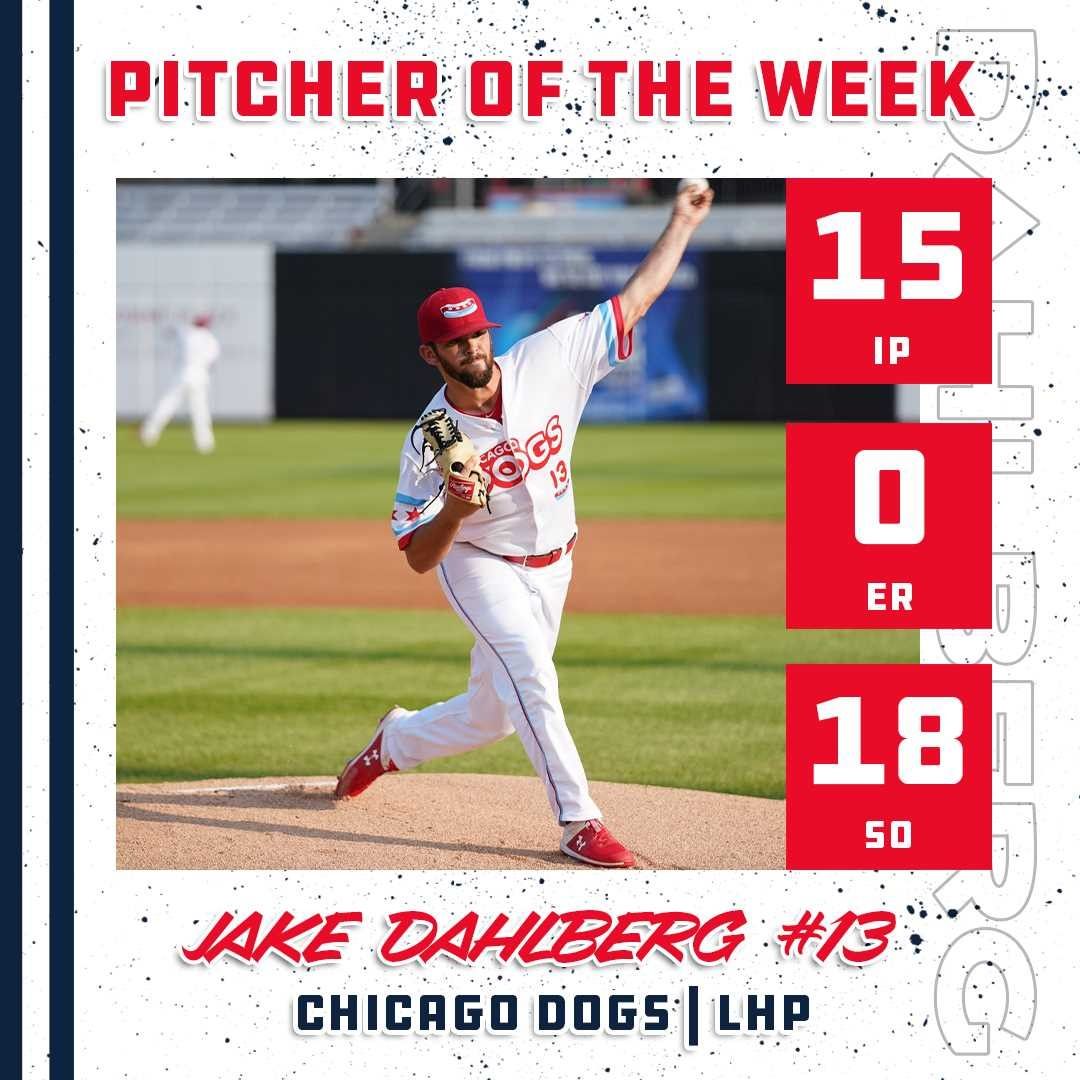 Dahlberg delivered one of the best pitching performances in Chicago Dogs history his last time out. The left-hander tossed a complete-game two-hit shutout on Wednesday, June 30, shutting down a potent Milwaukee Milkmen lineup. The 27-year-old struck out 10 without allowing a walk in the performance, throwing the third complete game in Dogs history.

Originally from Washington state, Dahlberg is in his third season with Chicago. He owns a 2.82 ERA on the year in 12 games (6 starts), striking out just under 10 batters per nine innings. A former Cardinals draft pick, Dahlberg pitched collegiately at the University of Illinois-Chicago, leading the Flames to an NCAA tournament appearance in 2017.

In a banner week for the RedHawks’ offense, Krause’s play stood out. The 28-year-old led the Association with a .560 batting average and 1.625 OPS over 7 games. He hit two home runs, three doubles and one triple, notching eight RBIs. The backstop was a consistent threat for Fargo-Moorhead, reaching base safely at least twice in every game the RedHawks played this past week.

A native of Staten Island, New York, Krause is in his first year with the RedHawks. He owns a .344/.408/.520 slash line in 33 games in 2021. A ninth-round draft pick by the Pittsburgh Pirates in 2014 out of Stony Brook, Krause has reached as high as Double-A Altoona in his minor league career. His last pro experience came in 2018 with the Rockland Boulders of the CanAm League.