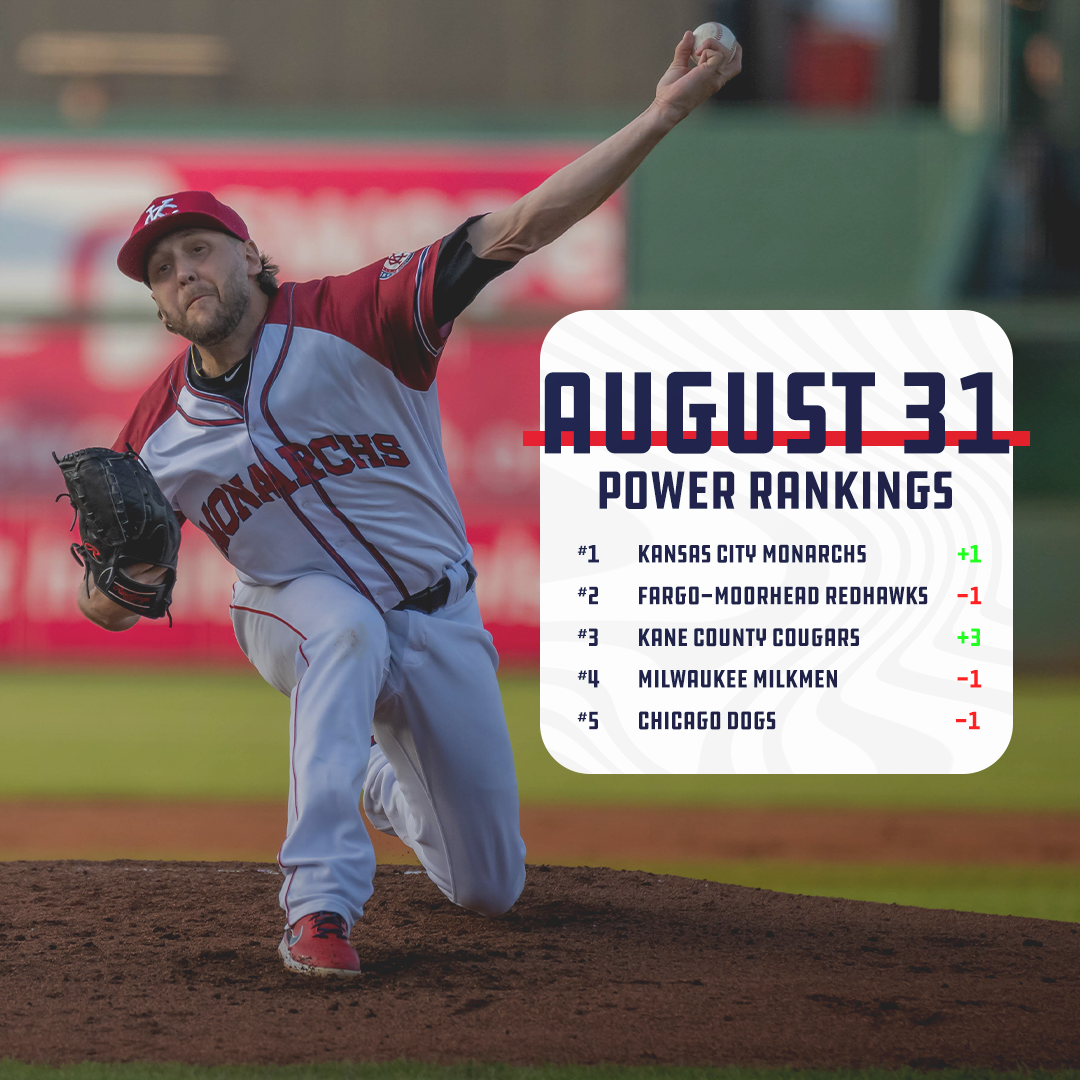 Tuesday night went just as Joe Calfapietra’s team wanted. Ace of staff Matt Hall threw six shutout frames after a less-than-perfect start his last time out. The start lowered Hall’s ERA to 1.10, well below the Associaiton record of 1.75. Though the Goldeyes rallied late, Kansas City hung on for a 3-2 win, and watched the RedHawks lose to Sioux City to boot. Fargo-Moorhead’s lead in the West Division is down to a tantalizing 1.5 games. Don’t forget, these two teams play a four-game series against each other to finish out the season. Buckle up.

Fargo-Moorhead drops a spot in the rankings this week, but through little fault of their own. They’ve won their last five series entering the clash with the Explorers, including taking two out of three over Winnipeg in Fargo over the weekend. The RedHawks’ pitching staff remains the class of the league, leading the Association with a 4.35 ERA. Reigning Pointstreak Pitcher of the Week Tyler Grauer has allowed two total runs over his last three starts, spanning 20 innings.

The Cougars seem to be getting hot at the right time. Their offense has poured it on recently, with three double-digit outbursts over the Cougars’ last five games. That includes a 16-6 romp in Gary on Tuesday night where Nick Franklin blasted three home runs. The result put Kane County two games shy of first-place Chicago, with a Labor Day weekend series with the Dogs looming to close out the regular season.

The Milkmen and Cougars are in lockstep with one another, both with identical records and a shared goal of overtaking Chicago for the East Division’s top seed. Milwaukee helped the cause of both teams Tuesday night with a comprehensive 5-1 win over the Dogs at Franklin Field. Whether the Milkmen can keep it up (including a Facebook Game of the Week matchup this coming Thursday) will go a long way toward determining how the East Division plays out.

The Dogs took a tough loss to Milwaukee Tuesday night, but still control their own destiny. Butch Hobson’s team turned heads by trading Michael Crouse to Winnipeg for Eric Rivera, who’s 3-for-7 in his first two games as a Dog. The remainder of the Dogs’ schedule is against their two main rivals for East supremacy, Kane County and Milwaukee. If Chicago takes care of business, they’ll be the No. 1 seed in the East.