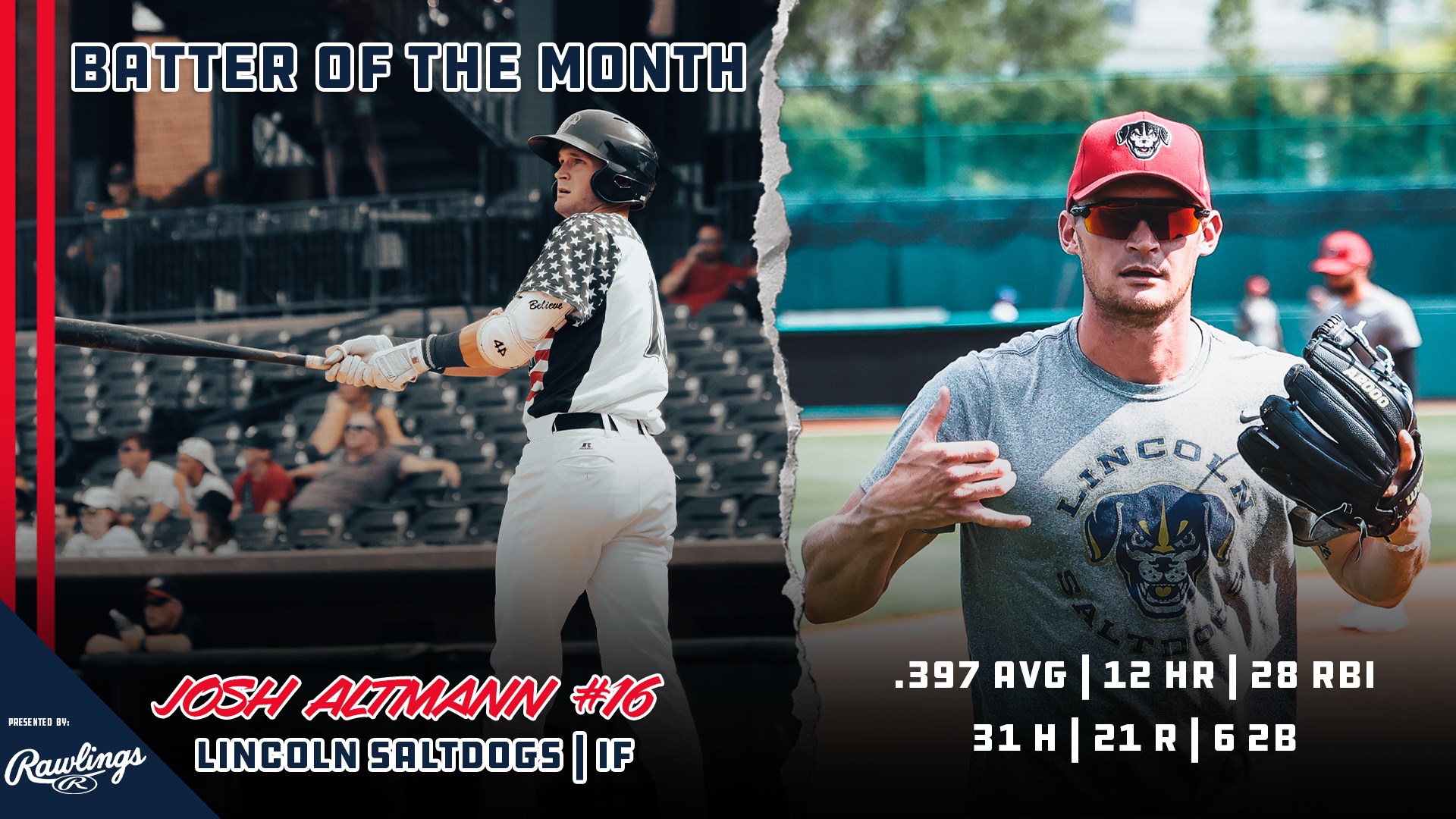 Altmann’s season heated up with the weather in July. In just 21 games, the 27-year-old hit 13 home runs and drove in 29. He also recorded six doubles and stole four bases while posting an out-of-this-world 1.396 OPS. He finished the month with a bang, going 4-for-5 with a pair of three-run homers in Lincoln’s Saturday night win over Winnipeg.

Originally from the Chicago area, Altmann is making his American Association debut in 2021. The former Texas Rangers prospect made it as high as Double-A in the Rangers’ system in 2019. His 20 home runs in the Association this year match his career high, set at High-A Down East in 2018.

Viza has emerged as one of the most consistent and dependable starters in the Association, and continued that success in July. Viza pitched at least six innings in all six of his starts in July, finishing the month with a 2.74 ERA over 42.2 innings of work. He walked just seven batters over that period while striking out 53. His best start of the month came on July 20, where he spun a complete-game, six-hit shutout in a 2-0 win over Fargo-Moorhead, striking out 11.

An Arizona native, Viza signed with the Philadelphia Phillies out of high school in 2013 and spent seven years in their system. He reached Triple-A Lehigh Valley on two occasions, making 24 appearances (16 starts) at that level. 2021 is his Association debut; the 26-year-old sports a league-best 2.85 ERA for the full season.