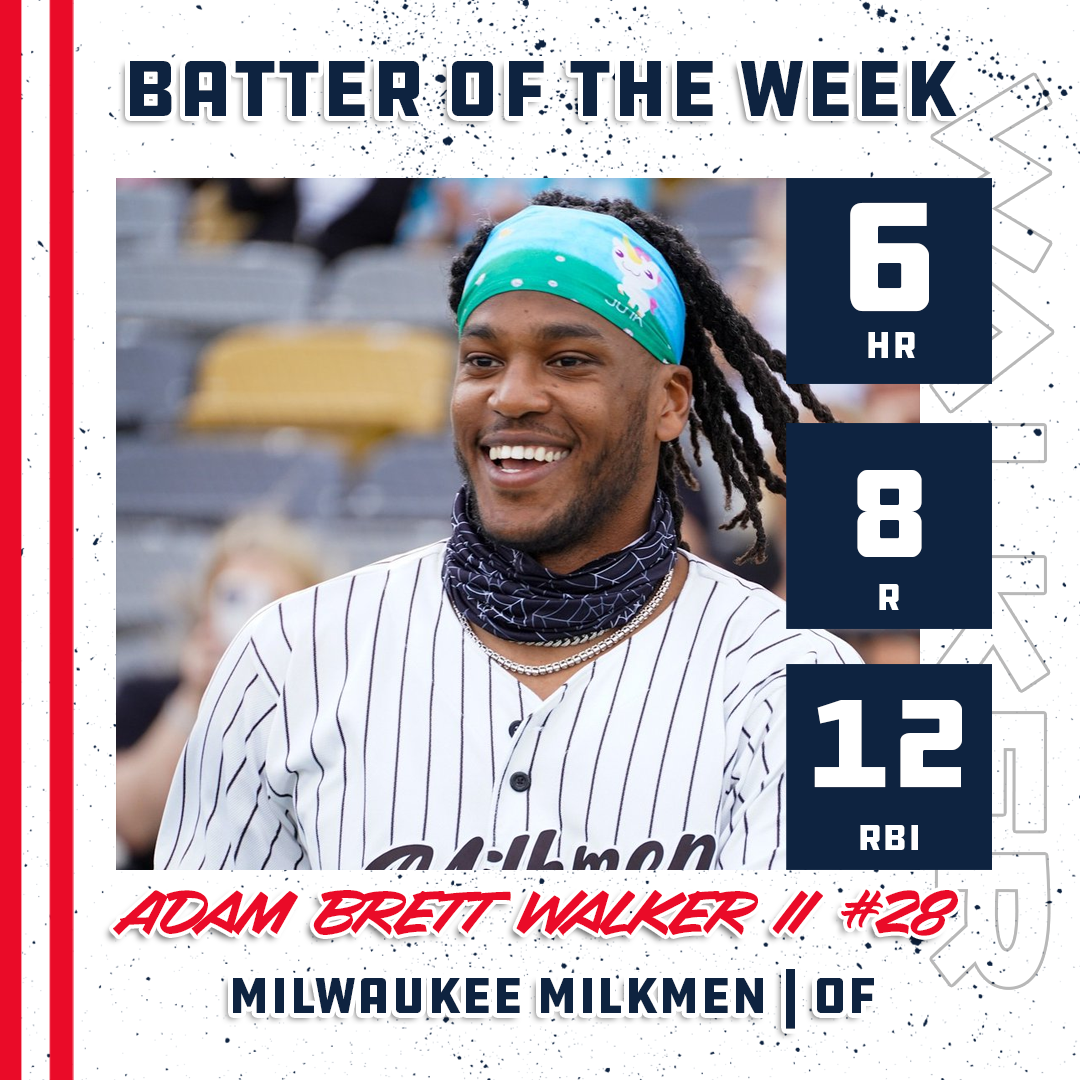 MOORHEAD, MN – The American Association has selected Milwaukee Milkmen OF Adam Brett Walker III and Gary SouthShore RailCats LHP Trevor Lubking as the Pointstreak Batter and Pitcher of the Week, for the period ending June 27.

Lubking made one start for the RailCats last week and he made it count. June 25 against the Sioux Falls Canaries, Lubking pitched 8.0 innings and allowed two runs (one earned) on seven hits. He struck out a season-high 12 batters while issuing just two walks as the RailCats claimed a 7-2 victory.